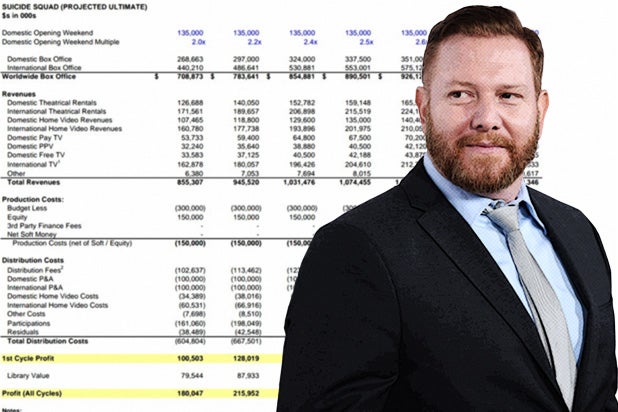 After more than 18 months and one bankruptcy cycle, Ryan Kavanaugh‘s Relativity Media is returning to theaters with a wide release. And for an embattled studio that would love nothing more than to forge its own comeback narrative, it’s doing so conspicuously quietly.

Since Feb. 27, 2015, when the studio released “The Lazarus Effect” in 2,666 theaters, Relativity has entered and emerged from bankruptcy, seen its TV business sold off to a group of hedge funds, and installed longtime Kevin Spacey collaborator Dana Brunetti as head of its film division. Kavanaugh has also joined Twitter, where he’s interspersed comments on physics and film finance with pointed barbs aimed at President Obama and Hillary Clinton.

But Kavanaugh rose to fame and fortune as a film financier, not a Twitter pundit, and now he’s finally releasing movies again. Relativity’s latest, the Kate Beckinsale horror flick “The Disappointments Room,” will finally hit theaters this weekend after more than a year in abeyance along with some last-minute scheduling changes. The studio did not provide an exact theater count, but the movie will exceed the 1,000-screen threshold that qualifies it for wide release.

With an opening weekend projected in the $2 million range, “Disappointments Room” could live up to its name at the box office. In an Aug. 15 tweet — since deleted — Kavanaugh revealed the movie’s release date, saying the studio would focus on video-on-demand.

That brings up a few questions, namely, why spend the money to release the film widely at all? And why make Relativity’s long-awaited return to cinemas the weekend after Labor Day, which is historically one of the weakest box office periods of the year– one that Kavanaugh himself called a “bad date?” Summer’s over and NFL football is back, which usually means much sparser crowds at the multiplex.

And while the focus on VOD means “Disappointments Room” won’t be judged a success or failure based on this weekend’s headline number, its eventual fate is the first clear test of Kavanaugh’s mathematical movie analysis — Relativity’s secret sauce — since the bankruptcy.

Before the studio’s fortunes turned, Kavanaugh raised hundreds of millions of dollars on the strength of a pitch that claimed Relativity could reduce investing risk with a proprietary mathematical approach. And despite the bankruptcy, Kavanaugh hasn’t appeared to lose faith in his model. In its bankruptcy filings, Relativity projected that all of the 22 movies in its pipeline would turn a profit, and Kavanaugh regularly posts financial projections — for non-Relativity films — on Twitter, laying out his case for whether the movie at hand will end up in the red or black.

Video-on-demand has always been a major part of Relativity’s underwriting, so focusing on that isn’t that much of an anomaly. But the fact that “Disappointments Room” is tracking to earn fairly negligible theatrical revenue for a movie enjoying so broad a release is interesting in light of Relativity’s battles with Netflix, one of its creditors.

As part of its bankruptcy proceedings, Relativity won a ruling in May preventing Netflix from prematurely releasing “Disappointments Room” and another one of its films, “Masterminds,” on its streaming service. Relativity claimed that it would need a theatrical release to make the numbers work, and having the film available on Netflix would cut into moviegoing demand.

But if the early tracking for “Disappointments Room” is any indication, it may not have made much of a difference after all. It’s way too early to say whether “Disappointments Room” will turn a profit, particularly with its VOD-heavy strategy, but Relativity looks to be returning to theaters with much more of a ripple than a splash.