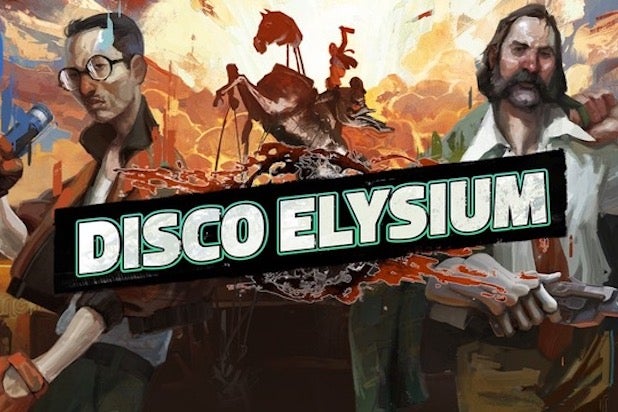 A series is in the works based on last year’s acclaimed video game “Disco Elysium” that “Sonic the Hedgehog” producers DJ2 Entertainment is developing.

The “Sonic” producers are partnering with the game’s developers, ZA/UM, which released “Disco Elysium” on PCs through Steam last year. The game was the most critically acclaimed title of 2019, winning four prizes, including Best Narrative at the Game Awards and three BAFTAs. It was also named one of the best games of the 2010s by Time.

ZA/UM has also signed with APA as part of the new series, and DJ2 is now meeting writers in anticipation of pitching the property later this year. No network or streaming service is currently attached.

Also Read: 'Sonic the Hedgehog' Sequel in Development at Paramount

“We’re so gratified at the response ‘Disco Elysium’ has received, and very happy to be teaming with DJ2 to expand the franchise for other media and new audiences,” ZA/UM lead writer Helen Hindpere said in a statement.

“‘Disco Elysium’ is a phenomenal property with an expansive world and unlimited potential,” DJ2 CEO and founder Dmitri M. Johnson said in a statement. “The DJ2 team is truly thrilled about this extraordinary opportunity to be part of it all.”

“Disco Elysium” is an open-world role-playing game that’s set in a modern-day, urban fantasy. The story and aesthetic calls to mind hard-boiled neo-noirs like “Chinatown,” “The Wire” and more recently “Motherless Brooklyn. The game’s dense story follows a veteran detective with a mysterious past who must solve a crime that threatens to set powerful political factions into civil war.

The gameplay is unique in allowing players to explore the city and make the choice to interrogate other characters in order to solve crimes, and you can choose your approach of sweet-talking, intimidation or violence, and you can even explore beyond the confines of the story and write poetry, sing karaoke or examine the meaning of life.

The story is originally based on the larger universe established in Robert Kurvitz’s 2013 novel “A Sacred, Terrible Air.” Here’s a full synopsis:

“Disco Elysium” immerses players in a convincingly ‘lived-in’ modern-day urban-fantasy setting with a distinctly Eastern European flavor. The story takes place in Martinaise, a run-down district in the city of Revachol, where corruption is rampant. Revachol was shaped by a failed communist revolution that took place 50 years ago, toppled by an alliance of capitalist nations known as the Coalition. The Coalition, having designated Revachol a ‘Special Administrative Region’, maintains a strong grip over the local economy and citizenry. However, upholding law and order falls to the Revachol Citizens Militia (“RCM”), a voluntary citizens brigade that morphed into a semi-professional police force. Waking from a weeklong bender, Harry must nurse his addiction while working a crime with a new RCM-designated partner, the clinical, driven Lt. Kim Kitsuragi. They’ve been assigned to investigate the apparent mob killing of a man the locals believed committed a heinous crime.

“Sonic the Hedgehog” was the first major theatrical release from DJ2 Entertainment, which specializes in adapting video games as series and features. The company is executive producing several television series now in development and is producing live-action adaptations of other video games, including “Sleeping Dogs” with Donnie Yen and “Echo” with F. Gary Gray’s Fenix Studios and Derek Kolstad writing.

Variety first reported the news of the series.