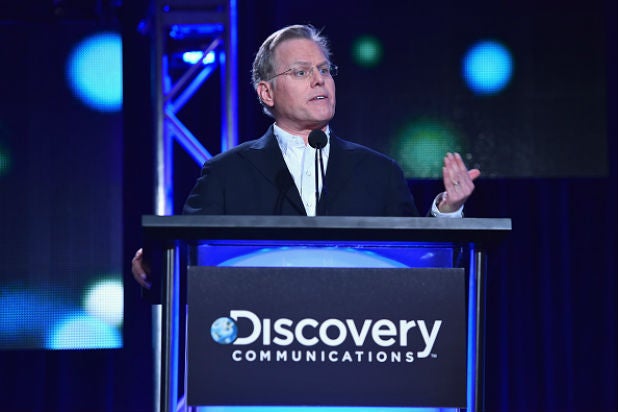 David Zaslav might want to stop talking for a while.

The Discovery Communications president and CEO was talking international deals during Tuesday morning’s investor conference call, and accidentally spoiled his own news about the company’s unique approach in the nation of Turkey.

“It’ll generate more value for us,” he said, before accidentally announcing exactly which market he was talking about, effectively scooping his own news he was saving for a few weeks from now.

“Turkey is a market that doesn’t have — oops,” he said before pausing, and then laughing.

The other execs on the call enjoyed a chuckle with their leader.

“It doesn’t have enough pay-TV, so that’s a market where we’re going free-to-air as well as pay,” he got right back on track, avoiding other spoilers. “We think we’ll think we’ll get pretty meaningful, incremental value from that.”

Zaslav and his colleagues can chortle with confidence today. Earlier on Tuesday, their company bested Wall Street’s earnings expectations for 2015’s first quarter and hit its revenue mark. As a result, Discovery stock (DISCA) is currently trading up.

Revenue was up nine percent over the first quarter a year ago, led by 10 percent growth at International Networks and six percent growth domestically. At the U.S. networks, that rise came from 13 percent distribution growth and 1 percent advertising growth, which were partially offset by losses elsewhere. The increase under the former line item came about primarily due to higher rates and the consolidation of Discovery Family. Abroad, distribution sales leapt 17 percent.