Discovery and Warner Media on Wednesday paused all operations in Russia amid the country’s ongoing invasion of Ukraine and its recent passage of a censorship law aimed at criminalizing independent reporting.

Around 15 channels that Discovery operated through Media Alliance, a joint venture with Russia’s National Media Group, will go dark beginning on Wednesday.

“Discovery has decided to suspend the broadcast of all its channels and services in Russia,” a spokesperson for the company told TheWrap.

In addition, WarnerMedia CEO Jason Kilar on Wedneday announced a pause on “all new business” in Russia. In a memo to staff obtained by TheWrap, Kilar said the pause “includes ceasing broadcast of our channels, halting all new content licensing with Russian entities, and pausing our planned theatrical and games releases.” Warner Bros. had previously nixed plans to release “The Batman” in Russian theaters this month. 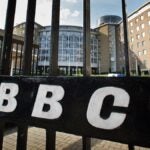 Discovery and Warner, which are expected to complete a merger next month, are among many media companies that have suspended operations in Russia following the passage of the new censorship law. Some companies, including The New York Times, have pulled journalists from Russia altogether.

CNN, ABC News and CBS News were all among those who were halting broadcasting from Russia, while BBC News was suspending reporting. On Tuesday, Amazon announced that it would suspend access to Prime Video for customers based in Russia (as well as halting all shipments to Russia and Belarus).