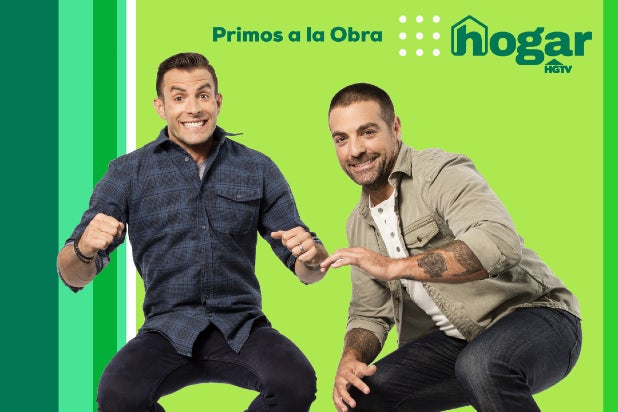 This summer, Discovery is launching new Spanish-language channel Hogar de HGTV, which translates to “Home of HGTV,” for Cox and Charter customers. The new network “will feature the very best mix of content from HGTV, Food Network and Discovery’s lifestyle brands from around the globe,” according to Discovery U.S. Hispanic, which is a division of Discovery, Inc.

It will also have original productions, such as “Mientras no estabas,” “Destino con Sabor” and “Chef a Domicilio,” a new series produced entirely from participants’ homes amid the COVID-19 pandemic.

Also Read: 'Bargain Mansions' Host Tamara Day on Having to Stray From Both Bargains and Mansions to Meet HGTV Demands

Hogar de HGTV will debut on Tuesday, June 30 on Cox’s Contour TV. Charter’s Spectrum subscribers will get the new channel on Saturday, Aug. 1.

“Discovery is already well-regarded as the leader in real-life entertainment, reflected in the success of Discovery en Español and Discovery Familia — which together own nearly a quarter of the total share for all Hispanic cable primetime viewing,” said Fernando Medin, president and general manager of Discovery Latin America and U.S. Hispanic. “Discovery U.S. Hispanic is dedicated to making a genuine connection to our audience with programming that resonates with their lives, interests and aspirations–and that also best serves the vital, growing U.S. Hispanic marketplace. Combining this commitment, the success of our existing networks and the undeniable global appeal and popularity of HGTV and Food Network, makes Hogar de HGTV a natural complement to our portfolio.”

“Our goal is to offer the advertising marketplace the same premium experience that they have been accustomed to on Food Network and HGTV,” Medin added. “The Hogar de HGTV environment will feature a highly-coveted Hispanic viewer in a non-clutter environment with approximately five minutes less advertising time, per hour, than our competitors.”