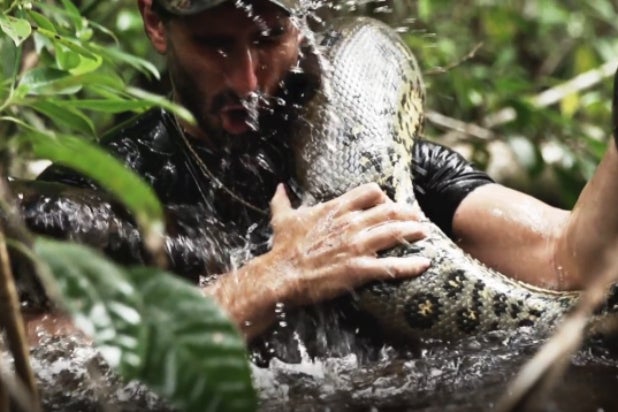 Paul Rosolie may not have been devoured by an anaconda, but Discovery’s “Eaten Alive” still took a healthy bite out of Sunday night’s cable ratings.

The special hauled in 4.1 million total viewers, delivering a 2.79 rating in households and a 2.31 in the advertiser-sought 25-54 demographic. That last number actually made the two-hour “Eaten Alive” the highest-rated Discovery Channel nature show in the key demo since 2010’s “Life.”

That said, not all of those millions of viewers and droves of social media users were pleased with their time investment last night. Many felt gypped when naturalist Paul Rosolie tapped out after being squeezed too hard by the giant anaconda, losing feeling in his arm.

The show’s premise was to see Rosolie make himself snake bait, being swallowed up to his waist while donning a special suit doused in pig blood. It was all in the name of raising awareness for the creatures, Rosolie and the Discovery Channel justified.

Also unhappy with the material was PETA, which blasted Discovery for its “inexcusable torment” to the Amazon reptile.