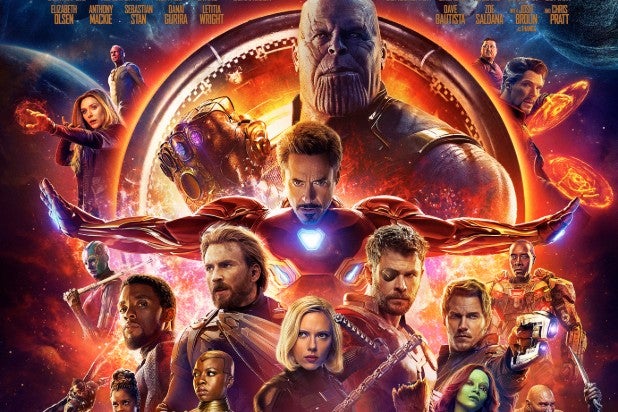 Disney+ gave subscribers an early present on Monday, announcing that a bunch more of Marvel Studios films will be available when the streaming service launches on Tuesday.

The long-awaited direct-to-consumer offering will now feature the majority of its films from Marvel Studios, including all three “Iron Man” films and every “Avengers” film, except for “Infinity War.” The company announced the new titles in a thread of tweets on Monday afternoon.

The Marvel Cinematic Universe consists of 23 films currently, and Disney+ will have 16 of those films. The only holdouts as of Monday afternoon are films for which Disney not hold distribution rights, such as “The Incredible Hulk” and the two “Spider-Man” films with Tom Holland, which were done in partnership with Sony. It is not clear as to when those films will be made available on Disney+.

Additionally, there are still four remaining Marvel Studios films that Netflix has streaming rights to. Disney ended its licensing deal with Netflix after 2018, meaning that 2019 titles including “Captain Marvel” and “Avengers: Endgame” will be on Disney+ exclusively. That licensing deal covered everything, including Pixar films like “Coco,” between 2016-2018, and gave Netflix an 18-month window of exclusivity (which began 7 months after each respective films’ theatrical release).

That means that four films — “Thor: Ragnarok,” “Black Panther,” “Avengers: Infinity War” and “Ant-Man & The Wasp” — are still finishing out their respective runs on Netflix.

Some films, such as “Captain America: The Winter Soldier” and “Civil War” are still available on television via USA, with others also on TNT.