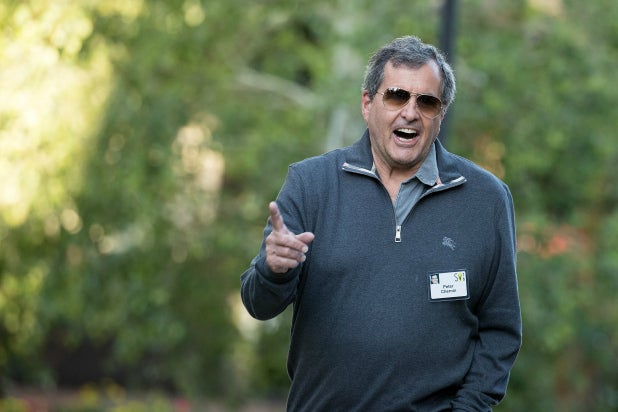 The split was an amicable one, and had more to do with Disney’s aversion to bring on third party partners to finance its films.

“I have nothing but praise for Disney. They were gracious, classy and paved the way for me to continue to build the company however we want,” Chernin said in a statement.

Chernin Entertainment will retain roughly 70 of the more than 80 films it had in development at 20th Century. The projects staying with Disney — like the new “Planet of the Apes” film — are based on Disney-held IP. Chernin, however, will stay on as an executive producer.

The partnership between Chernin Entertainment and Fox produced such hits as the new “Planet of the Apes” trilogy reboot, “Hidden Figures” and “The Greatest Showman” for the studio. Some bombs, like “Snatched” and “Tolkien” also came out of the partnership.

Chernin Entertainment sill has a “Fear Street” trilogy in post-production with Disney. The first movie is set to hit theaters in June.

The “Fear Street” films are teenage horror stories based on books by “Goosebumps” author R.L. Stine, and all three are directed by Leigh Janiak, a horror director behind the film “Honeymoon.” It is unclear how the releases of these films might be impacted by the departure.

There’s also no indication at the moment as to where Chernin Entertainment might land, but the production company will likely have a lot of suitors.