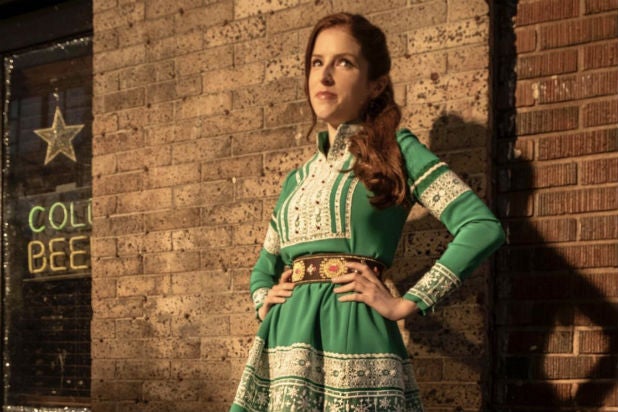 The completed film was set for release on November 8, 2019 — it’s now been “removed” from the schedule altogether, the studio announced on Thursday.

It’s possible the film might be released on Disney’s upcoming streaming service due to launch next year, though the studio has not yet announced original titles for the service.

The film follows Kendrick as the titular daughter of Santa Claus who takes over her father’s sleigh after he retires and his brother shows reluctance to take up the family business. Shirley MacLaine and Billy Eichner also star, with Marc Lawrence writing and directing.

The removal was announced as part of a large reshuffling of Disney’s upcoming release calendar for the next four years.

The majority of newly announced dates are placeholders for live-action and Marvel films, though one notable change for a title in development was Niki Caro’s live-action “Mulan,” which was pushed back from this November to a March 2020 release date.