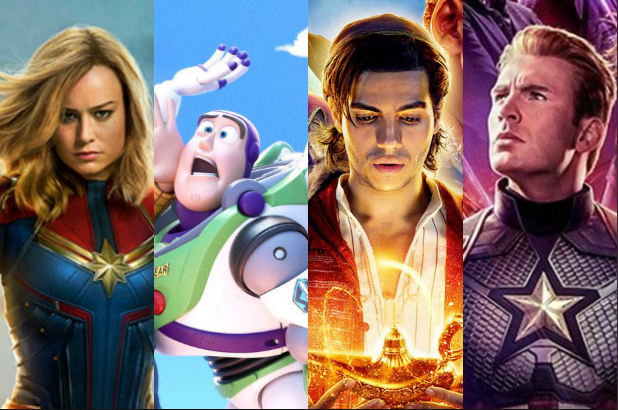 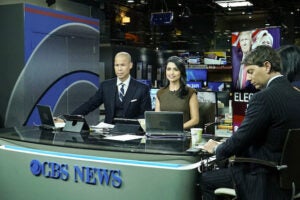 CBS News Digital Audience Strategy: ‘No Need to Pander to Any Demographic’

Disney Tightens Grip on 2019 Box Office as Other Franchises Struggle

With the 2019 box office approaching the halfway point, one thing is clear: It’s Disney’s world right now, and the rest of the film industry is just living in it.

After grossing over $3 billion annually in 2018 — the second time in three years it has done so — Disney entered 2019 with a murderer’s row of franchise titles that has paid off as expected. While the studio still suffered a misstep with “Dumbo,” which grossed only $287 million globally against a $170 million budget, it dominated the theatrical market with just four films: “Captain Marvel,” “Aladdin,” the recently released “Toy Story 4,” and the big one, “Avengers: Endgame.”

All four stand as the highest opening weekends of 2019, with “Toy Story 4” joining the club last weekend with a $120.9 million opening and “Endgame” leading with a record-shattering $357 million start. With $1.88 billion grossed so far this year, Disney accounts for 35% of the $5.31 billion total and has a higher position than the next two studios combined. It is also the only studio so far that has released a film with a domestic total above $200 million.

Meanwhile, the rest of 2019 has been defined by big franchise titles that resulted in either a modest box office boost or a downright flop. On the former end, there’s Universal, which has continued to show the same consistency it has enjoyed for the past few years. “How to Train Your Dragon: The Hidden World” got DreamWorks Animation’s run in the studio’s portfolio off to a good start with $519 million worldwide, and while “The Secret Life of Pets 2” will finish its run well behind recent summer films from Illumination, it too will bring a profit with $194 million grossed so far against an $80 million budget.

Then there’s Jordan Peele’s “Us,” which matched the theatrical run of “Get Out” with $254.5 million against a $20 million budget and opened to $71 million, the highest non-Disney opening weekend of the year and the largest opening weekend for an original film since “Avatar.”

But other studios have not been as fortunate. While Warner Bros. has found decent success with major blockbusters like “Detective Pikachu” and “Shazam!” and enjoyed some success in January with “Aquaman,” they’ve also had some big misses. Two sequels, “The Lego Movie 2” and “Godzilla: King of the Monsters,” have performed well behind their 2014 predecessors, with “Lego 2”‘s $191 million total falling 60% behind the global run of the first film while “King” is falling 44% behind the pace set domestically by the first WB “Godzilla.”

Meanwhile, Sony has seen “Men In Black: International,” a film with a $110 million budget,  turn to overseas to find a profit $52 million grossed domestically after ten days in theaters. Paramount, after a resurgent 2018, is struggling without a Tom Cruise blockbuster on the slate, as R-Rated “Rocketman” stands as its highest grossing film with $153 million worldwide. And while Lionsgate is enjoying a much better year than 2018, thanks to “John Wick: Chapter 3,” it still remains a smaller figure in the overall box office landscape with a 7% market share that will decrease in the coming months.

All of this has led to a first half of 2019 that has fallen behind last year’s record pace, with movie theaters repeatedly waiting for Disney films to bring audiences back. Without a huge hit like “Black Panther” buoying February, annual numbers fell more than 15% behind the pace set in the first two months in each of the past four years.

Then Marvel Studios came in, with “Captain Marvel” and “Avengers” combining for $1.26 billion domestically. But even with “Aladdin” and “Toy Story 4” helping get the box office back to 2017 levels, it is still roughly 7% behind 2018’s pace today, according to comScore.

“The rich are getting richer right now,” said Exhibitor Relations’ Jeff Bock. “But ultimately, it’s just more credit to Disney that they so regularly put out franchise films that people are excited to see. The other studios haven’t been doing that nearly as consistently. Audiences aren’t interested in from the get-go to see another ‘Godzilla’ or ‘Men In Black,’ and then the weak reviews validate their feelings that they can skip those sequels.”

The third quarter of 2019 may see other studios begin to chip into Disney’s market share with three sequels garnering much audience interest. In July, Sony will release the first post-“Avengers” MCU film with “Spider-Man: Far From Home,” as well as an original title in Quentin Tarantino’s acclaimed “Once Upon A Time In Hollywood.”

August also will see Universal release its big tentpole with “Hobbs & Shaw,” a film that will position box office titan Dwayne Johnson to take the wheel of the “Fast & Furious” series. And in September, Warner Bros. will unleash “It: Chapter Two,” the sequel to the highest grossing horror film of all time.

But even then, Disney isn’t taking Q3 off. Jon Favreau’s remake of “The Lion King” next month could be yet another huge windfall for Alan Horn and company. “Aladdin,” a film that was expected to underperform compared to past Disney remakes, has legged out remarkably well with more than $800 million grossed worldwide. “Lion King” is expected to be even bigger, with a chance to match the $1.26 billion of “Beauty and the Beast.”

Combine that with “Frozen II,” “Star Wars: The Rise of Skywalker” and the films acquired from 20th Century Fox, and Disney could be the first studio ever to have a market share of over 30% by year’s end.