The Walt Disney Company has agreed to buy independent entertainment company Marvel in a deal worth $4 billion, the two companies announced on Monday morning.

The acquisition ends a long dry spell on media deals in an economy that has seen shareholder value erode dramatically over the past year, and that has caused conventional wisdom to lean away from the bigger-is-better model. 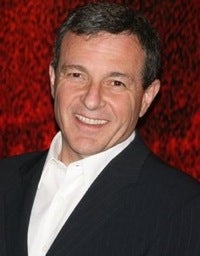 But Marvel has become a hot property as the comic-based company - which was in bankruptcy a decade ago -- has seen one hit after another. Those have included  the relaunching of the “Spider-Man” series and the phenomenal success of “Iron Man,” with the next in that series -- “Iron Man 2” --expected out next May. (See full list of Marvel releases. And Waxword: Bob Iger Can Go Home Laughing.)

The deal gives Disney access to popular characters and potentially more movies to carry through its distribution system, which has dialled back on its number of annual releases.

And it follows other major deals by Disney under the leadership of CEO Robert Iger (above), including the acquisition of Pixar in 2006 for $7 billion, and the alliance with DreamWorks this year, in which the studio beat out the favored Universal.

“Creativity, technology, global growth will all be better served by bringing Marvel into the fold,” said Disney CFO Tom Staggs on an analyst call on Monday morning.

Stan Lee agreed. The founder of POW! Entertainment and Chairman Emeritus of Marvel said, “I couldn’t be happier with this agreement. It’s great move for Disney, for Marvel and for my company. From every possible point of view, the merger of Disney and Marvel is a match made in heaven. This is a great day for the two companies and for the entertainment community as a whole.”

As news of the deal broke, several conglomerates, who have ties to Marvel, issued statements saying that their respective relationships are still in place.

From Paramount: "Paramount Pictures has enjoyed a productive and fruitful relationship with Marvel Studios from the start of our distribution agreement in 2005. So much so, we announced a five-picture slate distribution deal last year which includes worldwide distribution rights for upcoming films: ‘Iron Man 2,’ ‘Thor,’ ‘Captain America,’ ‘Avengers,’ and ‘Iron Man 3.’ This distribution deal will be unaffected by today’s transaction. We look forward to continuing to work with Marvel and, with today’s announcement, to working with Disney to replicate the incredible success of ‘Iron Man’ on all our future collaborative projects."

And Sony said that its deal for the motion picture rights to "Spider-Man" is unaffected and not subject to renewal. The studio is developing the fourth installment (with Gary Ross writing), while writer Jamie Vanderbilt is developing a storyline that will bridge #5 and #6.

* Based on the closing price of Disney stock on Friday, August 28, the transaction value is $50 per Marvel share or approximately $4 billion.

* Marvel shareholders would receive a total of $30 per share in cash plus approximately 0.745 Disney shares for each Marvel share they own.

* Disney will acquire ownership of Marvel including its more than 5,000 Marvel characters.

* Paramount will continue to distribute Marvel films for the next five releases. After that, the deal will be reconsidered, executives said Monday.

* Marvel will continue to be run by CEO Ike Perlmutter.

* Marvel will continue to operate out of Manhattan Beach.

* Boards of Disney and Marvel have each approved the deal. Marvel shareholders must still approve it.

Marvel stock jumped $9.72, or 25 percent on the news, by close of trading on Monday. The stock has risen 57 percent this year. Disney fell 80 cents, or 3 percent, to $26.04. The Burbank, California-based company has gained 15 percent this year.

On the analyst’s call, Iger and Staggs said they saw vast synergies in using the Marvel properties throughout the Disney network – from movies to television, theme parks and beyond.

Asked about the high-ticket price of the deal, Staggs said that Marvel was in a strong position in a deal that occurred over the past three months.

“This is not a deal that Marvel had to do,” Staggs said. “It was in strong position, and for that you have to pay a full and fair price. “

He added: “What we had was a great opportunity at the right time. We admire we saw growing right before our eyes, we were impressed from a people perspective. Both sides appreciated a real opportunity here for shareholders. When you see a good opportunity in this market, when the time is right, it’s smart to move with alacrity.”

Iger said Monday that the Marvel team – which he said will remain in place – had already met with Disney and Pixar’s chief creative officer John Lasseter about cobranding, and combining assets on the creative side.

While it was premature to know what might emerge from that, Iger said, he expected that “sparks will fly.”

Some analysts suggested that Marvel CEO Perlmutter will take $1.4 billion in value from this deal, a startling turnaround from having bought the company out of bankruptcy from Ronald Perelman and Carl Icahn a decade ago.

BURBANK, Calif. & NEW YORK--(Business Wire)-- Building on its strategy of delivering quality branded content to people around the world, The Walt Disney Company (NYSE:DIS) has agreed to acquire Marvel Entertainment, Inc. (NYSE:MVL) in a stock and cash transaction, the companies announced today.

Under the terms of the agreement and based on the closing price of Disney on August 28, 2009, Marvel shareholders would receive a total of $30 per share in cash plus approximately 0.745 Disney shares for each Marvel share they own. At closing, the amount of cash and stock will be adjusted if necessary so that the total value of the Disney stock issued as merger consideration based on its trading value at that time is not less than 40% of the total merger consideration.

Based on the closing price of Disney stock on Friday, August 28, the transaction value is $50 per Marvel share or approximately $4 billion.

"This transaction combines Marvel`s strong global brand and world-renowned library of characters including Iron Man, Spider-Man, X-Men, Captain America, Fantastic Four and Thor with Disney`s creative skills, unparalleled global portfolio of entertainment properties, and a business structure that maximizes the value of creative properties across multiple platforms and territories," said Robert A. Iger, President and Chief Executive Officer of The Walt Disney Company. "Ike Perlmutter and his team have done an impressive job of nurturing these properties and have created significant value. We are pleased to bring this talent and these great assets to Disney."

"We believe that adding Marvel to Disney`s unique portfolio of brands provides significant opportunities for long-term growth and value creation," Iger said. "Disney is the perfect home for Marvel`s fantastic library of characters given its proven ability to expand content creation and licensing businesses," said Ike Perlmutter, Marvel`s Chief Executive Officer. "This is an unparalleled opportunity for Marvel to build upon its vibrant brand and character properties by accessing Disney`s tremendous global organization and infrastructure around the world."

Under the deal, Disney will acquire ownership of Marvel including its more than 5,000 Marvel characters. Mr. Perlmutter will oversee the Marvel properties, and will work directly with Disney`s global lines of business to build and further integrate Marvel`s properties.

The Boards of Directors of Disney and Marvel have each approved the transaction, which is subject to clearance under the Hart-Scott-Rodino Antitrust Improvements Act, certain non-United States merger control regulations, effectiveness of a registration statement with respect to Disney shares issued in the transaction and other customary closing conditions. The agreement will require the approval of Marvel shareholders. Marvel was advised on the transaction by BofA Merrill Lynch.