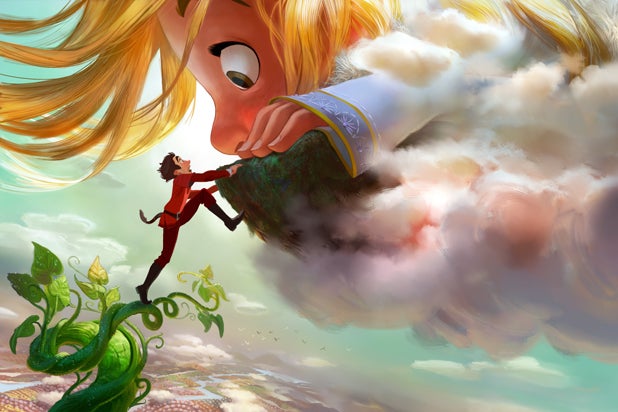 Disney has shelved their planned animated fairy tale “Gigantic,” which would have been released in 2018 and put a spin on “Jack and the Beanstalk” by making the Giant a woman.

The project was being directed by “Inside Out” co-writer Meg LaFauve and “Tangled” co-director Nathan Greno, with “Frozen” songwriters Robert Lopez and Kirsten Anderson-Lopez having written songs for the movie. The project was first unveiled as a concept at the 2015 D23 Expo, but no further development was announced at this year’s edition of the biennial Disney convention.

This story was first reported by The Hollywood Reporter.