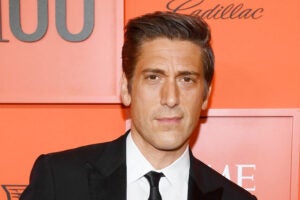 ”Nobody knew that the whole universe of entertainment, and business, in general, would literally be turned upside down,“ one industry analyst says

Bob Chapek just finished his first year as CEO of entertainment giant Walt Disney Co. — and is getting mostly high marks for leading L.A.’s biggest public company through a global pandemic without, as one analyst put it, “steering it off a cliff.”

“It was the calm before the storm, literally, when Mr. Chapek took over this role,” Comscore senior media analyst Paul Dergarabedian said of Chapek, who replaced Bob Iger as CEO on Feb. 25, 2020, just weeks before COVID-19 upended the world and the entertainment and tourism sectors that drive Disney’s revenues. “The stage was set for success, but nobody knew that the whole universe of entertainment, and business in general, would literally be turned upside down.”

At the time Chapek took over, Disney had just launched its streaming service Disney+, which had racked up more than 28 million subscribers by early February. Theme parks remained a profit center, and seven Disney films had earned more than $1 billion each at the box office in 2019, including “Star Wars: The Rise of Skywalker” and “Avengers:Endgame,” which raked in $2 billion and is the highest grossing movie of all time (adjusting for inflation).

“And then the pandemic hit, and presented every executive, every leader in every company, with a new set of challenges, the likes of which we’ve never see before,” Dergarabedian told TheWrap. “I just have to say I think he has done an amazing job.”

Chapek addressed the issue of his first challenging year at a Morgan Stanley virtual conference on Monday, including the company’s pivot to an emphasis on direct-to-consumer content via streaming, as well as a decision to continue investing in new content despite a pandemic downturn that led to a 45% drop in Disney’s profits from November 2019 to November 2020, largely due to COVID-related closures of Disney theme parks, resorts and cruises.

“We essentially had to make a decision: Are we going to stay the course, (or) are we going to slow down?… but as you know, we stepped on the throttle pretty heavily and accelerated, figuring this was the time to really make a giant leap forward, if you will,” Chapek said.

When Chapek replaced Bob Iger as CEO, he was already a veteran Disney executive. He had joined Disney in 1993 and most recently had served as chairman of Disney’s Parks Experiences and Products division. At the time of his appointment, Chapek was looked on by some as an an odd choice, since his main experience was overseeing theme parks, not movie and TV content or working on talent relationships key to producing content. On the other hand, some observers pointed to the fact that parks and products represented a main driver of Disney’s success in 2019 .

Others just trusted that Iger’s track record ensured that he had made a good choice, even if it seemed counterintuitive to many: “I think it’s a smart bet; I just don’t think it’s an obvious one,” Tom Nunan, founder and partner of independent film and TV production company Bull’s Eye Entertainment, told the Los Angeles Business Journal when Chapek was appointed.

At that time, it was also announced that Iger, who had been chief executive since 2005, would remain with Disney in the role of executive chairman through the end of his contract on Dec. 31, 2021.  Along with that title, Disney said Iger would oversee “creative endeavors” in order to “ensure a smooth transition,” leading to speculation that in spite of the transition, the old Bob would be looking over the shoulder of the new Bob when it came to green lighting new movie and TV projects.

In fact, Iger never hid his intention to play a role in creative decisions. Iger, who had postponed his retirement several times, said one reason for leaving the CEO post was to be more involved in creative affairs with Chapek on hand to oversee day-to-day affairs. Chapek signed off on Iger’s plan, telling CNBC it was a privilege to have Iger remain on hand for guidance.

Iger’s lasting influence, particularly in resolving conflicts over top talent, was apparent earlier this year. According to multiple insiders, Iger flew to New York in January to help mitigate conflict between ABC News morning anchor George Stephanopoulos and evening anchor David Muir over who would handle breaking news on the network. The trip led directly to the exit of ABC News chief James Goldston later that month, the insiders said.

The day after the surprise announcement that Chapek would take over as CEO effective immediately, Iger and Chapek held a town hall meeting at the Disney’s Burbank headquarters. They assured the Disney team there would be no big changes in the magic game plan that had led Disney to a market cap that at that point stood at more than $221 billion, cementing its stature as one of the largest media companies in the world and the largest public company by far in greater Los Angeles.

Once the pandemic hit, however, Chapek found himself at the helm of big changes. One was restructuring the company around streaming, led by the October promotion of Kareem Daniel, former president of consumer products, games and publishing, to oversee Disney’s new media and entertainment group.

The other was massive waves of layoffs, mostly affecting the so-called “cast members,” as Disney whimsically calls the theme park staff.

In mid-November, Chapek said he was “extremely disapp0inted” in California Gov. Gavin Newsom’s decision to keep Disneyland closed during a surge of coronavirus cases in the state. In December, Disney announced it would add another 4,000 to its 28,000 layoffs by mid-2021 for a total of 32,000.

Chad Fitzgerald, a partner and entertainment litigator with Kinsella, Weitzman, Iser Kump, said that given the “unfair curve” of the pandemic, Chapek should be given props for not steering Disney “off a cliff.” He added that the continuing success of Disney+ offsets what one might call the Disney minus of theme park losses.

“Disney+ has been a beacon for them,” Fitzgerald said. “It’s been great for Disney economically.”

David Offenberg, associate professor of finance at Loyola Marymount University with an expertise in entertainment, also offered kudos to Chapek.

“What Bob Chapek walked into is, ‘Everything in the company except streaming is shutting down,'” Offenberg told TheWrap.  “What a tough start — but he was able to find the silver lining. He took the opportunity to restructure when nobody could fault him for restructuring.”