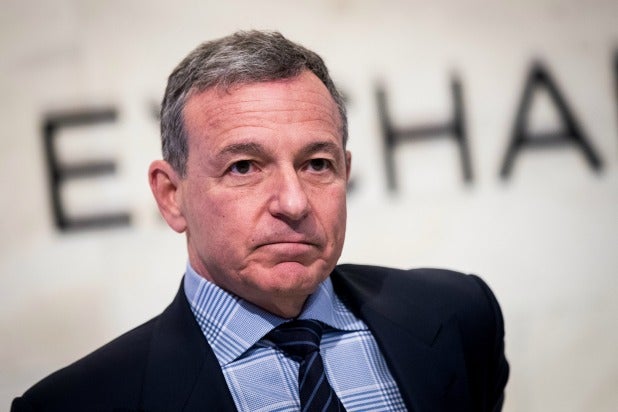 Disney CEO Bob Iger has resigned from Apple’s board of directors, according to an SEC filing from the tech giant on Friday.

Iger resigned on Tuesday, according to the filing — the same day Apple unveiled the $4.99 monthly price tag for its upcoming Apple TV+ streaming service. Apple TV+ will launch on Nov. 1 — less than two weeks before Disney’s new streaming service, Disney+, hits the market.

Disney+ will cost subscribers $6.99 per month and will be available on several Apple products, including the iPhone and Apple TV, when it launches.

“It has been an extraordinary privilege to have served on the Apple board for 8 years, and I have the utmost respect for Tim Cook, his team at Apple, and for my fellow board members,” Iger said in a statement to CNBC. “Apple is one of the world’s most admired companies, known for the quality and integrity of its products and its people, and I am forever grateful to have served as a member of the company’s board.”

Iger joined Apple’s board in 2011. He already had close ties to Apple and its former CEO Steve Jobs by that point, after Iger, one year into his run as Disney chief executive, oversaw the company’s buyout of Pixar in 2006. The deal made Jobs — who held 50.1% of Pixar’s stock — the largest Disney shareholder. Jobs also joined Disney’s board after the deal and stayed on until his death in 2011.

Apple did not mention a potential replacement for Iger in its SEC filing.

Both Apple and Disney’s stock were unaffected in after-hours trading.