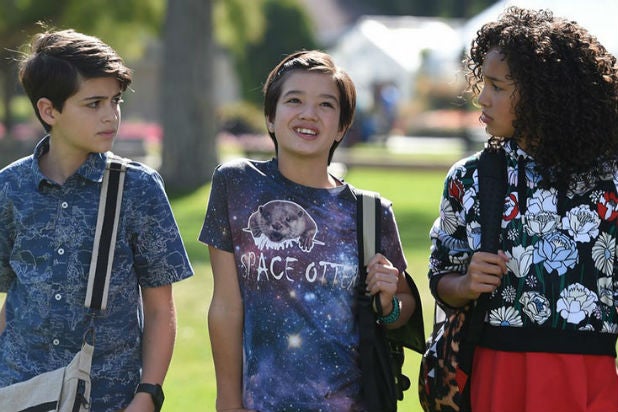 “Andi Mack” will introduce an LGBTQ storyline in its upcoming season, marking the first Disney Channel show to do so.

During the Oct. 27 Season 2 premiere of the series from creator Terri Minsky (“Lizzie McGuire”), Cyrus (Joshua Rush) will tell friend Buffy (Sofia Wylie) that he has a crush on Jonah Beck (Asher Angel). The new season will feature the 13-year-old character’s journey as a gay teen.

“‘Andi Mack’ is a story about tweens figuring out who they are,” a Disney Channel representative said. “Terri Minsky, the cast and everyone involved in the show takes great care in ensuring that it’s appropriate for all audiences and sends a powerful message about inclusion and respect for humanity.”

GLAAD president and CEO Sarah Kate Ellis praised the storyline for “reflecting the lives and lived experiences of so many LGBTQ youth around the country.”

Ellis continued, “Television reflects the real-life world, and today that includes LGBTQ youth who deserve to see their lives depicted on their favorite shows. Disney has been a leader in LGBTQ inclusion, and there are so many young people who will be excited to see Cyrus’ story unfold.”