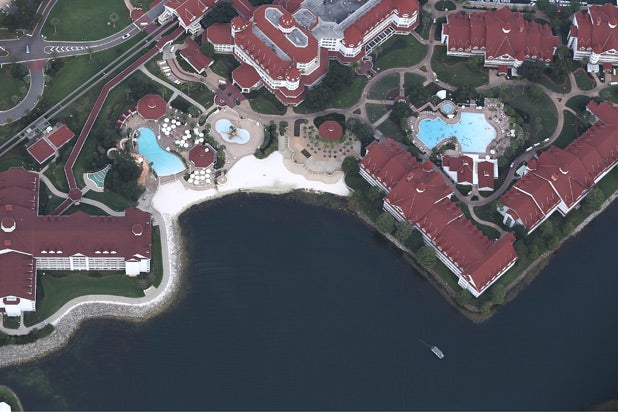 Fallout from the alligator attack that killed a toddler Tuesday night at the Grand Floridian Resort in Orlando has gotten a lot more complicated with the revelation that Disney may have been repeatedly warned about the risk of such an incident occurring.

Crisis PR expert Andrew Ricci, vice president of Levick, a communications and public affairs firm, believes that beyond the tragedy of two-year-old Lane Graves’ death, this could blow up into a much bigger issue.

“In these situations, if this is true [that the company was aware of a problem], whoever is found responsible or who was seen to be negligent becomes the face of the issue, in addition to the brand damage,” he told TheWrap. “There’s no question that they’re going to have to implement preventative measures, whether it’s closing the beaches for good, erecting some sort of barrier to keep wildlife from getting within a certain perimeter of the water, or some other protective action.

“But now this becomes another major part of any potential litigation they might face,” he added.

As TheWrap exclusively reported, numerous employees at the theme park expressed anxiety to management about guests feeding the animals within the past 14 months. “Disney has known about the problem of guests feeding the alligators well-prior to the opening of the bungalows,” one insider said, referring to an expensive collection of rooms called the Bora Bora Bungalows at Disney’s Polynesian Village Resort, adjacent to the Grand Floridian. “With the opening of the bungalows, it brought the guests that much closer to wildlife. Or, the wildlife that much closer to the guests.”

Others have also come forward revealing Disney’s prior knowledge of the dangers of its resort beaches, like the Seven Seas lagoon where the toddler from Nebraska was grabbed by the alligator while playing with his family.

“There are signs that say, ‘No swimming,’ but no signs that say gators and everything else in this lake,” hotel employee Mike Hamilton told the Orlando Sentinel following the incident.

Graves’ body was discovered Wednesday 10 to 15 yards from the site of his attack the night before. Disney closed all the beaches on its resort property in the aftermath of the incident.

“My expectation is that [this development] will hurry the process of implementing safety measures around publicly accessible waterways at Disney properties,” Bernstein Crisis Management Vice President Erik Bernstein said. “If there aren’t signs clearly stating dangerous animals may be present alongside some type of fencing all over the Disney World resort area within six months, I would be shocked.”

Also Read: How Much of a PR Nightmare Is Gator Attack for Disney?

Bernstein also thinks this may prompt Disney to fall back on its traditional “clam up and clean up” technique in dealing with PR disasters.

“They won’t acknowledge past gator issues due to legal liability so the only logical course of action is to put solutions in place as quickly as possible,” he predicted.