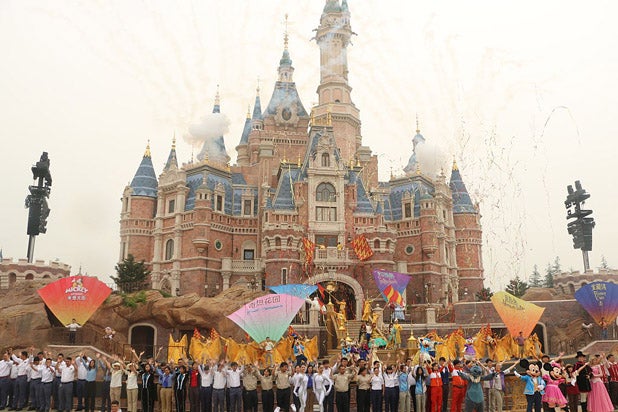 Disney’s multi-billion dollar acquisition of the majority of Fox’s entertainment assets has left a lot of previous plans up in the air. According to a new lawsuit, it seems plans Fox made in 2013 to compete in the theme-park business have also become a casualty of the Disney merger.

On Monday, Malaysian resort and casino developer and operator Genting Malaysia Berhad [GENM] filed a $1.75 billion lawsuit against Fox and Disney, accusing the Hollywood companies of breach of contract and saying that Fox has abused its power to attempt to delay development of a theme park in order to trigger termination clauses in the contract.

“Initially [Fox Entertainment Group] wanted to use its leverage under the [memorandum of agreement] to threaten termination and force a renegotiation of the economic terms of what it viewed as a below-market deal,” the lawsuit reads. “Though [Fox] is contractually required to extend the key milestone deadlines if it or a party other than GENM is at fault for the delays leading to these deadlines being missed, [Fox] has consistently refused to take responsibility for the delays it has caused through its abuse of its approval rights and other improper behavior.”

The suit continues, “Instead, [Fox] has repeatedly shifted blame to GENM in order to threaten termination in bad faith and force GENM to agree to renegotiate the [agreement] to [Fox’s] benefit rather than risk losing its investment of hundreds of millions of dollars.”

A Fox spokesman said in a statement: “This lawsuit is entirely without merit. As the complaint itself makes clear, Genting has been failing to meet the agreed-on deadlines for several years, long before the 21CF-Disney agreement. The allegation that Disney, rather than Fox, finally decided to declare a default is simply made up. We look forward to presenting all the facts in the appropriate forum.”

Genting Malaysia says it has invested roughly $750 million in the project already, despite only being required to spend $130 million. Fox, the lawsuit said, did not invest any of its own money in the project.

The suit also names Disney as a defendant, saying executives are now calling the shots and trying to cancel the development.

“On information and belief, Fox’s soon-to-be owner Disney was now calling the shots, and its objective was no longer renegotiation of the [agreement], but termination,” the lawsuit reads. “Unlike Fox… Disney wanted no association with a gaming company like GENM due to Disney’s ‘family-friendly’ brand strategy.”

A spokesman for Disney said in a statement to TheWrap: “The claims made against Disney in this matter are utterly without merit.”

In the suit, Genting Malaysia says the plan was for what would be known as Fox World, which was intended to be the new centerpiece of Genting Malaysia’s mountain resort an hour outside of Kuala Lumpur, the capital of Malaysia.

Genting Malaysia  says Fox has fought the company at every turn to delay the project. As one example, the developer said Fox insisted they replace one of Genting’s preferred vendors with what the developer said was a less-qualified choice — “a vendor whose inexperience and unethical business practices led to its termination from the project and months of delays.”

“Seller’s remorse — first by Fox and later by Disney — is not a valid ground for terminating an agreement,” the lawsuit reads. “[Fox] has no valid grounds on which to terminate the [agreement] and has improperly conspired with Disney to sabotage the Fox World project.”

A Timeline of Disney's Animated Animal Sidekicks, From Mushu to Sven (Photos)

"Mulan" celebrates its 20th birthday on June 19, having come out on that day in 1998. The beloved Disney film is based on a Chinese legend and tells the story of a young girl, Mulan, who impersonates a man to take her sick father's place in the fight against an invading Hun army. The movie was well-received by critics, earning multiple Golden Globe and Academy Award nominations, and grossed $304 million at the box office. In addition to the title heroine, "Mulan" starred Eddie Murphie as a small red dragon named Mushu, who serves as a guardian for Mulan throughout the movie. In honor of Mulan's 20th birthday, take a look back at some of Disney's most iconic animal sidekicks.