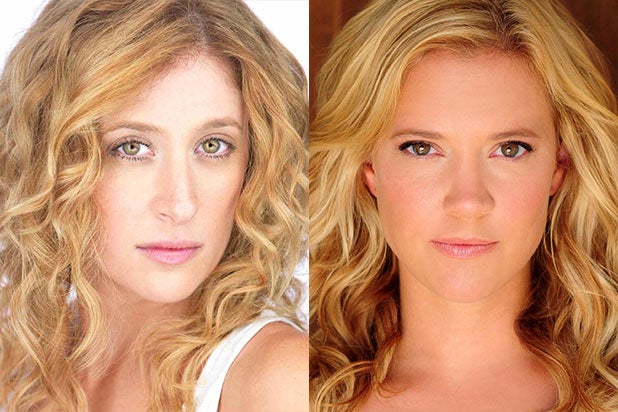 Disney has cast its princesses for the upcoming Broadway musical version of its animated musical hit “Frozen,” with Caissie Levy tapped to star as Elsa while Patti Murin will play Anna.

Also joining the principal cast are Jelani Alladin as Kristoff, Greg Hildreth as Olaf, John Riddle as Hans and Robert Creighton as Duke of Weselton.

The “Frozen” musical will open at the St. James Theatre next spring. It will also play at the Buell Theatre in the Denver Center for the Performing Arts from August 17 to October 1, 2017. Tickets will go on sale later this year.

Levy has starred in the Broadway musicals “Ghost,” “Wicked” and the 2014 revival of “Les Miserables.” Murin was last seen in the original Broadway productions of “Lysistrata Jones” and “Xanadu.”

Tony Award winner Rob Ashford has joined the musical’s creative team as choreographer. Christopher Gatteli, who was previously announced as choreographer, chose to leave the show ahead of rehearsals in June. It will be directed by Michael Grandage.

“Frozen” will feature music and lyrics by the creators of the film score, Kristen Anderson-Lopez and EGOT winner Robert Lopez and a book by Jennifer Lee, the film’s screenwriter and co-director (with Chris Buck).

The musical will be produced by Disney Theatrical Productions.