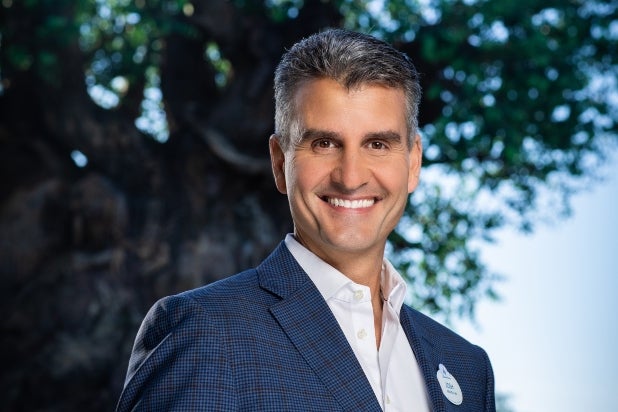 Josh D’Amaro has been named as the new chairman of Disney Parks, Experiences and Products, a position previously held by the company’s newly minted CEO Bob Chapek, it was announced Monday.

D’Amaro joined Disney in 1998 as part of the Disneyland Resort team and has held a number of leadership positions across the Disney Parks division, including roles at Disneyland, Hong Kong Disneyland, Disney’s Animal Kingdom, and the global licensing division of Disney Consumer Products. In 2019, he was named president of the Walt Disney World resort.

“I’m incredibly proud of the new leadership team at Parks, beginning with the segment’s Chairman, longtime Disney veteran Josh D’Amaro, and his newly announced team of Jeff Vahle, Ken Potrock, Kareem Daniel and Thomas Mazloum,” Chapek said in a statement. “These talented executives played pivotal roles while leading our exceptional cast members during the largest period of growth in the segment’s history, which included the expansion of our parks and resorts around the world, the addition of new attractions including two highly acclaimed ‘Star Wars’-themed lands, and a shift to more personalized experiences for guests. And I am confident that as they assume even greater responsibility and pursue new opportunities, these proven leaders will have an even bigger impact on the future of our company.”

The reshuffling in Disney’s park division comes the same day that longtime company executive Kevin Mayer, who oversaw the launch of the Disney+ and ESPN+ streaming services, announced that he would leave the company to become CEO of TikTok. Mayer will be succeeded by Rebecca Campbell as chairman of Direct-to-Consumer and International.