The Disney Legends Award is given to individuals who have made extraordinary contributions to the Disney legacy. The awards have been given away for 35 years. 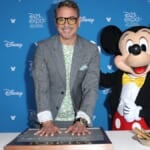 Fred MacMurray (“The Shaggy Dog,” “The Absent-Minded Professor,” “The Happiest Millionaire”) was the first nominee, honored in 1987. Over the years, the “Legends” have grown, and include Bette Midler, Ming-Na Wen, Robin Roberts, Jon Favreau, Christina Aguilera and James Earl Jones.

The Legends ceremony is part of the D23 Expo, which takes place next month in Anaheim, Calif., and will offer a look at Disney company content on the way.

“For nearly a century, Disney has been entertaining and inspiring people around the world,” Bob Chapek, CEO, The Walt Disney Company, said in a statement. “I can’t wait to give fans a first look at what we have in store for our hundredth anniversary, and how we’re using this occasion to celebrate all the fans and families who have welcomed Disney into their lives.” 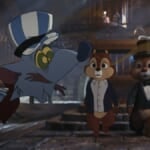