Disney bosses said ESPN could one day be a fully stand-alone streaming service — just not yet.

On the company’s fiscal second-quarter earnings conference call Wednesday afternoon, an investor asked CEO Bob Chapek what was holding the company back from expanding it as an all-in-one service. Chapek said that Disney is trying to preserve the “huge” cash flow generated by its linear networks before jumping into a direct to consumer (DTC) decision like that.

“At the same time, we’re very conscious of our ability to go more aggressively into the [direct to consumer] area of ESPN,” said Chapek. “And so, what we’re doing is sort of putting one foot on the dock if you will, and one foot on the boat right now. But we know that at some point when it’s going to be good for our shareholders, we’ll be able to fully go into an ESPN DTC offering the way that you described, and we fully believe that there is a business model there for us that’s going to enable us to regain growth on ESPN+, in a full DTC expression. But at that point, obviously, that will have ramifications on immediate cash flow that we get from our legacy linear networks.” 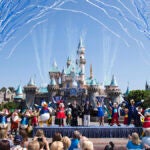 Currently, ESPN+ does exist as a limited standalone service, however for those who want to see games that air on the broadcast ESPN networks, they’ll need a cable package. Currently, ESPN+ is part of the Hulu bundle (which also includes Disney+ and access to more live sports offerings). A full stand-alone service would presumably be an all-in-one platform with all ESPN’s programming.

Chapek declined to address profitability models on the investor call, but said that if they do go forward making ESPN+ a la carte, he expects it to be very attractive to sports-loving consumers.

“But I can tell you that it will be the ultimate fan offering that will appeal to super fans that really love sports,” he said. “And I think there’s nobody but ESPN [that] could actually pull that off, but we don’t have a lot of specifics when it comes to structure.” 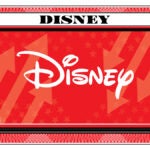 Chapek noted that most of the top shows of the year on linear television are sports programs, and with a brand like ESPN in the Disney family, they’re looking ahead to business possibilities.

“And obviously ESPN dominates that. And I do believe that sports is the third leg of our domestic offerings in terms of our DTC offerings,” he said. “And right now that expression is through the bundle. And I think that can be very powerful for us going forward and [in the] future.”