Opening arguments were under way Wednesday in the $270 million case brought against Disney and its partners by Celador International, the creators of "Who Wants to Be a Millionaire,” who claim they lost money to an unfair accounting maze.

But arguing for the defense before a nine-person jury, Marty Katz insisted it’s hard to make money in television – even with a hit show. “Who Wants to Be a Millionaire,” he said, despite its huge initial success, was “not a winner” after slicing up expenses and costs. 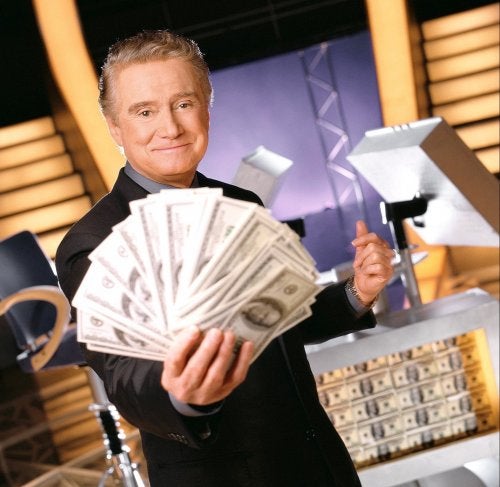 Roman Silberfeld, representing the plaintiffs, had a very different take on the numbers. Using a PowerPoint presentation and clips from the “Millionaire” ratings bonanza heyday, he laid out the maze of dealmaking Celador claims cost them millions.

The suit, first filed in May 2004, alleges that Celador’s contract with Disney and its subsidiaries to bring “Millionaire” to the U.S. in 1999 allowed ABC and Buena Vista Television to deprive them of $200 million from the show and $16 million in merchandising — all of which adds up to around $270 million with interest.

Calling the case “a breach of contract,” Silberfeld started on a seemingly conciliatory note, pointing out that despite the sums at stake, not all aspects of the original 20-plus-page contract was under dispute. Celador was very happy, he said, with the $35,000 executive producer fee it received for each episode. But the contingency compensation aspect of the contract is what brought the case to federal court in Riverside, Calif.

Celador does not feel it got a “fair deal” from Disney, ABC, Buena Vista Television and Valleycrest, which engaged in sweetheart “network license” deals and “secret meetings” that ruined his client’s chances of making money from the American “Millionaire,” Silberfeld said.

As a result, instead of the big profits Celador expected in 2002, it wound up $50 million in the red.

Katz followed up after a brief recess, emphasizing the best intentions and best practices by Disney ABC, Buena Vista and Valleycrest in taking the risk of brining “Millionaire” to the U.S. and committing to making it a hit. He conceded that no one knew how successful it would be, and noted that all parties in the contract “got some things and lost some things.”

“That,” the lawyer told the jurors — with dramatic delivery – “is the deal my clients lived up to … and that is the deal they want Celador Productions to live up to.”

The attorney accused Celador, which at one point threatened to sue the William Morris Agency, of holding its own secret meetings in 2002 to find a way to “get more money out of ABC.”

Perhaps in anticipation of Ben Silverman’s planned Thursday appearance on the witness stand, the William Morris Agency got a bit of a lashing from Silberfeld, who noted that it seemed to be a representing everyone, including itself, at one point or another in the process of bringing “Millionaire” Stateside.

It was a characterization that Katz, who himself frequently mentioned the pivotal role WMA played in the negotiations and its aftermath, did not dispute.

The witness list includes Celador co-founder Paul Smith, who was in court on Tuesday and briefly took the stand on Wednesday morning, and current Disney head honcho Bob Iger. Former Disney CEO Michael Eisner, who ran the company when “Millionaire” was licensed to ABC in the late 1990s, is expected to testify in about two weeks. Silverman, who in a past position at the William Morris Agency was instrumental in the deal between Celador and Disney, will be on the witness hot seat Thursday morning.