Disney+ is permanently switching up the release schedule for its original series from Fridays to Wednesday. The decision comes after Marvel Studios’ “Loki,” which debuted last Wednesday, became the most-watched original series in the streaming service’s short history.

Before “Loki,” Disney+ premiered all of its original series on Fridays. Unlike other streaming services, particularly Netflix, Disney+ has stuck to a weekly rollout model. The Wednesday rollout will only be for original series. Original movies like Pixar’s “Luca” will continue to debut on Fridays. 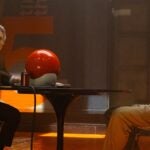 Here is how the rest of Disney+’s summer schedule will rollout. The animated Marvel series, “What If…” which is expected to premiere this summer, does not yet have a premiere date.

While Disney has provided no hard viewership numbers for any of its content, its three Marvel Studios series, along with “The Mandalorian” from Jon Favreau, rank as Disney+’s most-watched series, which should not come as much of a surprise given the massive fan base both Marvel and “Star Wars” have.