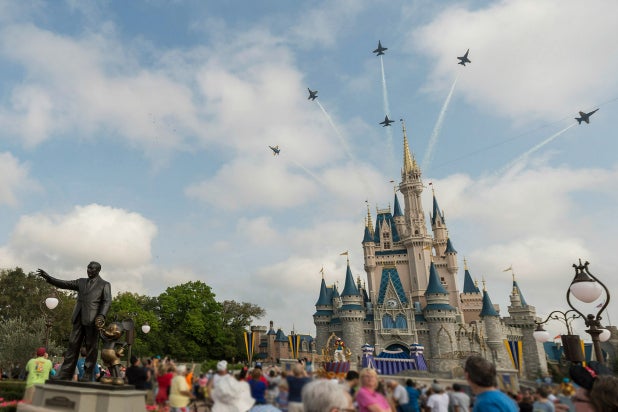 Earlier this month, Shanghai Disneyland reopened to the public after shutting its doors for roughly three months, with several new policies in place to enforce social distancing and visitor cleanliness.

MacPhee said that the park would increase the handwashing among cast members as well as the sanitation of surfaces and high-touch areas. The plan would include reducing capacity at the park and managing the size of lines at the park’s attractions. The goal, MacPhee said, is to make as much of the experience visiting the park contactless, from ticketing to cashless and contactless payments within the parks.

The plan to reopen included a Disney World social distancing squad, which would be a collection of cast members essentially policing policies, ensuring visitors abide by the park’s new guidelines.

The Orange County medical professionals visited the Disney parks on Tuesday and found that Disney was ready to begin implementing its plan to begin reopening with new guidelines.

Disney closed its Disney World and Disneyland resort and theme parks in Orlando and Anaheim, as well as others around the world, on March 14.

Disney’s parks, experiences and products division, which includes all of the company’s theme parks, resorts, and cruise lines, is its biggest contributor to revenue. In 2019 the division contributed $26.2 billion to Disney’s overall revenue of $69.6 billion.

During its most recent quarterly conference call with Wall Street, the company said that it estimates that its parks business took a roughly $1 billion hit to operating income as a result of the COVID-19 pandemic.