Disney Reopens Parks but Financial Impact Might Not Be Worth It

Walt Disney World reopened over the weekend, the same day that Florida broke a national record for new COVID-19 cases in one day. After losing $1 billion in its parks business last quarter, it’s fairly clear why the company would want to reopen its parks. Wall Street analysts, however, don’t expect opening the park will have a substantial financial impact.

“We do not believe that it really matters all that much whether or not a park opens in June, July or August,” B. Riley FBR analyst Eric Wold wrote in a note to clients. “We acknowledge some benefits to getting season pass or membership holders back to the park and/or taking advantage of families increasingly staying at home. We would expect these stocks to be valued on attendance rebound expectations for 2021 and 2022 as opposed to anything to come in Q3 or Q4.”

The reopening of Disney World’s Magic Kingdom was followed by the reopening of Epcot and Hollywood Studios on Wednesday, the same day that Disneyland Paris also reopened. Tokyo Disneyland reopened earlier this month, and Hong Kong Disneyland opened on June 18, before being shutdown again.

Disney World, which had been closed since mid-March, opened to fanfare, long lines, and harsh criticisms as to why in the world, amid a pandemic and surging cases the Magic Kingdom would open its gates and even entertain the risk of potentially spreading the disease.

Although Hong Kong Disneyland was forced to close again after 50 new cases were reported in the city, Disney has not indicated it is reconsidering the opening of its theme parks in Orlando.

Theme parks — along with concerts, sporting events and other crowd attracting leisure activities — were expected to be among the last things to open back up during the pandemic. In April, UBS analyst John Hodulik anticipated Disney’s parks would reopen at the start of 2021, with crowds unlikely to return in full until a vaccine was widely available.

Instead, big crowds gathered outside the Disney World gates on July 11, to the point that enforcing social distancing proved difficult.

“The situation in Florida is pretty worrisome,” Dr. Ashish Jha, director of the Harvard Global Health Institute, told the Today Show on Monday. “There were more cases in Florida than in all of Europe yesterday.”

Disney parks and experiences chairman Josh D’Amaro, in speaking with CNN Business on Saturday, seemed confident the company could keep the raging pandemic happening just outside its walls separate from world inside.

Inside the park, Disney has implemented a number of new health and safety protocols. One, critical to enforcing social distancing, is limiting the number of visitors allowed in the park at one time. Florida’s Economic Recovery Task Force set theme park capacity limits at 50%, so Disney guests have to make reservations to enter the park. While Disney isn’t releasing specific attendance numbers, D’Amaro told Bloomberg TV he’s been happy with the demand that is going well into 2021.

Bernstein analyst Todd Juenger last month estimated that Disney could break even on earnings before interest and tax by operating the parks at about 60% of pre-pandemic attendance. During the company’s most recent quarterly earnings in May — during which the parks business took a roughly $1 billion hit — Disney CEO Bob Chapek said reopening the parks wouldn’t be just about breaking even.

“We wouldn’t open any park unless we could make a positive contribution to overhead and overall net profitability,” Chapek said at the time.

Disney’s parks, experiences and products division, which includes all of the company’s theme parks, resorts and cruise lines, is its biggest contributor to revenue. In 2019, the division contributed $26.2 billion to Disney’s overall revenue of $69.6 billion.

Disney will report earnings for the fiscal third quarter on Aug. 4.

In addition to limiting the number of guests, Disney is checking guests’ temperatures before entering the park, requiring guests and cast members to wear face masks and obey physical distancing guidelines. It has increased hand washing among cast members, as well as the sanitation of surfaces and high-touch areas, providing hand sanitizer throughout the park and limiting the number of people on each ride.

Terry Shaw, CEO of faith-based non-profit AdventHealth, which Disney hired to advise it on opening safely, told “Face the Nation” over the weekend that as a season pass holder himself, “I wouldn’t hesitate to go to Disney as a health care CEO based upon the fact that they’re working extremely hard to keep people safe.”

Disney isn’t alone in getting its parks in Florida back up and running. Universal Studios has reopened its doors, as has SeaWorld Orlando.

Last month, Disney was forced to postpone plans to reopen its Disneyland park and resort in California after Gov. Gavin Newsom not only pressed pause on continuing to reopen businesses in the state, but ordered the state to cease all indoor operations for again for restaurants, movie theaters, family entertainment, museums and bars.

“The State of California has now indicated that it will not issue theme park reopening guidelines until sometime after July 4. Given the time required for us to bring thousands of cast members back to work and restart our business, we have no choice but to delay the reopening of our theme parks and resort hotels until we receive approval from government officials,” the company said in a statement at the time.

Disney did not provide any information on the attendance at its Florida parks at reopening.

At least one Disney cast member who spoke to Gizmodo website i09, chalked up the successful reopening in Shanghai to cultural differences, saying: “They’re in a country with a very different culture… where people wear masks regularly,” the worker told io9. “I just don’t see it working the same way for us.”

Cast members and the Actor’s Equity Association — the U.S. labor union representing about 800 professional actors at Disney World — condemned Disney World’s decision to move forward with its reopening after the company canceled plans to reopen its park in California.

While there’s no date set yet for the reopening of Disneyland in California, Disney is still planning for the park’s reopen as soon as California gives the OK. The company even opened a variety of shopping and dining experience in the Downtown Disney District on July 9.

“We are in a new normal right now, so what’s happening outside of the gates of Walt Disney World is our new world. We spent every minute of every day thinking about how to operate in this new normal that we’re in,” D’Amaro told CNN Business. “I’m exceptionally proud of this group in terms of what they’ve put together from a protocol perspective and being able to open in a phased and really responsible way… It feels really good in the park. So yeah, the world is a different place, but we feel really prepared to operate in this new environment that we’re in. 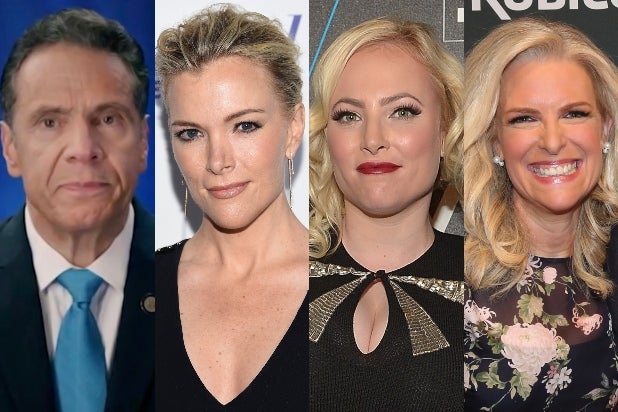