Stop us if you’ve heard this one before: Disney is reorganizing again. The media giant has rejiggered its team under Kareem Daniel, putting Joe Earley in charge of Hulu and Michael Paull at the top of Disney’s streaming business.

Additionally, Rebecca Campbell will lead a newly-created international content team. Disney+ will also have a chief executive for the first time, which will be named later. Earley replaces Kelly Campbell atop Hulu, who left to run NBCUniversal’s Peacock. Earley was previously head of marketing and operations for Disney+.

Paull’s role is a newly-created one. Previously head of Disney Streaming Services (which was the name Disney gave BAMTech when it bought the tech business from Major League Baseball), Paull will now be in charge with the global rollout of Disney’s streaming services Disney+, Star+, ESPN+ and Hulu (which is confined to the U.S.).

Russell Wolff continues to serve as head of ESPN+. 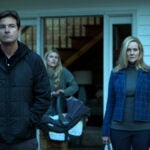 Campbell’s new role will see the former local TV station executive focus on local and regional content production for Disney’s streaming services, as well as continue overseeing Disney’s international media teams worldwide. Campbell will continue to report directly to Disney CEO Bob Chapek, while the other executives listed above will report into Paull (Paull will report into Daniel).

“Disney’s direct-to-consumer efforts have progressed at a tremendous pace in just a few short years, and our organization has continued to grow and evolve in support of our ambitious global streaming strategy,” Chapek said. “Rebecca has played a vital role in orchestrating our global platform expansion, and I’m excited that she will be leading our new International Content group, bringing her expertise and talent to oversee the growing pipeline of original local and regional content for our streaming services while continuing to lead our international operations. Likewise, with a relentless focus on serving consumers, Kareem has developed an industry-leading team of seasoned executives who are uniquely equipped to take our streaming business into Disney’s next century.”

“From the inception of our DTC business, we have been guided by a single, clear goal — to bring audiences the best entertainment wherever and whenever they choose — and we have continued to build a world-class team to deliver on that promise,” Daniel, who is chairman of Disney’s Media and Distribution team, said. “Michael Paull has deep experience in the world of streaming, and is an accomplished leader with a passion for this business and a proven track record of building and expanding our streaming operations. Bringing Disney’s streaming platforms together under Michael’s expert leadership will allow us to create an even more compelling value proposition for consumers.”