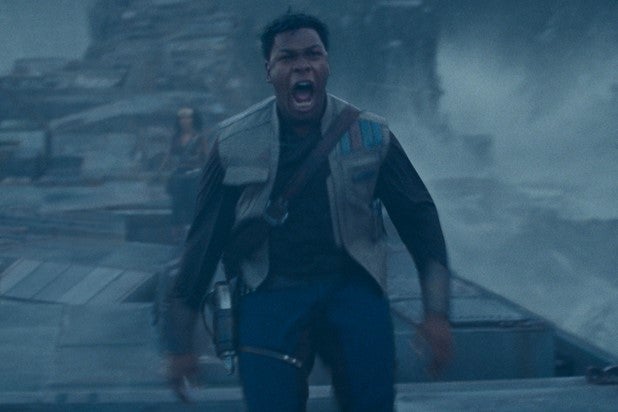 Disney has bumped up the debut of “The Rise of Skywalker” for a terminally ill man whose dying wish was to see the latest “Star Wars” film with his son.

The man, whose name hasn’t been shared, is a patient at Rowans Hospice in Hampshire, U.K. The hospice tweeted it’s cry for help on Tuesday, saying the man is a “HUGE” “Star Wars” fan but “sadly, time is not on his side” for the movie’s Dec. 20 debut.

Iger followed up on Thursday, tweeting Disney was indeed able to make the man’s wish come true. “On this Thanksgiving, we at Disney are grateful to be able to share ‘The Rise of Skywalker’ with a patient and his family” from Rowans Hospice,” Iger tweeted. “May the force be with you and with us all!”

On this Thanksgiving, we at @Disney are grateful to be able to share #TheRiseOfSkywalker with a patient and his family @RowansHospice. May the force be with you and with us all!

The tweet was retweeted more than 1,000 times, with Iger receiving a response from someone claiming to be a “dear friend” of the dying man. “Bless you. You’ve made a dying man go with style. If we ever meet, I’ll give you the biggest hug. Top man,” the man tweeted at Iger.

Rowans Hospice also thanked Iger for the kind gesture. “Mr. Iger, I wish we had the words to sum up what it means to the patient, the family & us,” the hospice said in a reply tweet to Iger.

Also Read: It's Weird That We Don't Know What 'Star Wars: The Rise of Skywalker' Is About

Health care worker Lisa Davies, who works at the hospice and alerted the clinic to the patient’s final wish, said in a statement she was “utterly speechless.”

“The response from everyone, including the Star Wars community, has been absolutely phenomenal over the last few days,” Davies said. “So a massive thank you to every single person that has shared our post and given their time to help make this possible.”