Disney+ users in the U.S. may be able to stream every episode of “The Simpsons” ever made, but apparently, that’s not the case in China. With the platform’s launch in Hong Kong, users have discovered that one episode in particular has been scrubbed from the streamer — the one that mocks Tiananmen Square.

According to users, season 16 of the show offers episode 11 and then 13, but skips episode 12 altogether. The episode — first broadcast in 2005 and titled “Goo Goo Gai Pan” — follows the Simpson family on a trip to China, where they visit Tiananmen Square. While there, they spot a placard that reads: “On this site, in 1989, nothing happened.”

For those unfamiliar, in 1989, several pro-democracy student protestors were brutally killed by Chinese police. Mention of the incident has been scrubbed from just about all media in the country since then — hence the joke in the episode that “nothing happened.” 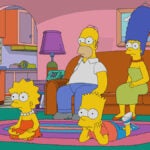 Also Read:
‘The Simpsons’ Showrunner Reveals His Ideal Ending for the Series

Reps for Disney and Fox did not immediately respond to TheWrap’s request for comment.

The episode also sees the Simpsons visit the mummified remains of ex-leader Mao Zedong and come across a row of tanks in Beijing, a blatant reference to the “tank man” photo taken during the massacre of unarmed demonstrators.

Over the last year, China has introduced several new censorship laws that ban any films that are deemed detrimental the country’s national security (intentionally defined quite broadly). Anyone who doesn’t comply could see up to three years in prison and a $130,000 fine, though it was unclear if the laws applied to streaming services as well, or just locally.

According to The Hollywood Reporter, a spokesperson for Hong Kong’s Commerce and Economic Development Bureau said “other” laws apply to the internet. “[TV] broadcast and the Internet are subject to other applicable law and regulations,” they said. “Whether an act constitutes a crime or otherwise would depend on its specific circumstances and evidence, and cannot be taken in isolation or generalized.” 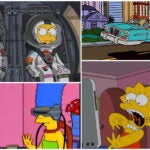 Also Read:
13 ‘Simpsons’ Predictions That Have NOT Come True… But Certainly Could (Photos)
x