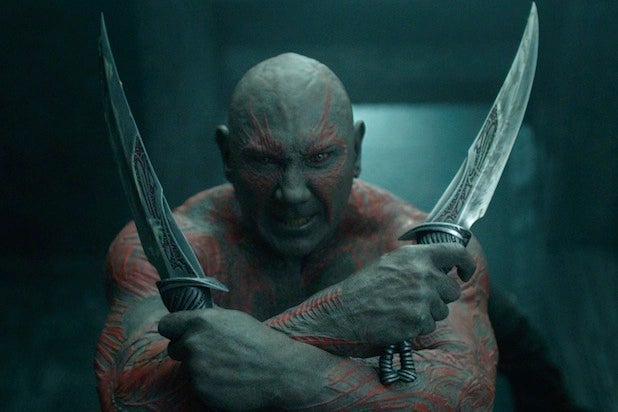 Disney has once again been accused of lifting other people’s work for its movies.

The company was slapped with a lawsuit on Monday by a visual effects company, which claims that its technology was misappropriated for “Beauty and the Beast,” “Guardians of the Galaxy” and “Avengers: Age of Ultron.”

The company, Rearden, alleges that its MOVA Contour Reality Capture technology was stolen, and that Disney contracted with the thieves to use the technology.

This, the lawsuit says, despite the act that Disney had previously contracted with Rearden to use its technology on four other films.

“[I]n all of the film industry and media accolades about the record-breaking success of ‘Beauty and the Beast,’ and the acclaimed cutting-edge digital MOVA Contour technology that made the film’s success possible, nowhere is it mentioned that the patented and copyright-protected MOVA Contour technology was stolen from its inventor and developer, Rearden LLC, and its owner Rearden Mova LLC,” the suit reads. “Nowhere is it mentioned that although Disney had previously contracted with Rearden LLC and its controlled entities on four previous major motion pictures to use MOVA Contour and knew of a Rearden Demand Letter to one of the thieves demanding immediate return of the stolen MOVA Contour system, Disney nonetheless contracted with the thieves to use the stolen MOVA Contour system.”

Also Read: Disney Accused of Ripping Off 'Inside Out' Concept in New Lawsuit

The suit continues, “Disney used the stolen MOVA Contour systems and methods, made derivative works, and reproduced, distributed, performed, and displayed at least ‘Guardians of the Galaxy,’ ‘Avengers: Age of Ultron’ and’ Beauty and the Beast,’ in knowing or willfully blind violation of Rearden MovaLLC’s intellectual property rights.”

Also Read: Disney CEO on 'Pirates' Ransom Scheme: 'We Were Not Hacked'

TheWrap has reached out to Disney for comment on the lawsuit.

It’s also seeking an injunction against Disney prohibiting the company from “reproducing, distributing, performing or displaying, or authorizing the same, the ‘Guardians of the Galaxy,’ ‘Avengers: Age of Ultron’ and ‘Beauty and the Beast’ motion pictures in any medium without authorization of Plaintiffs.”