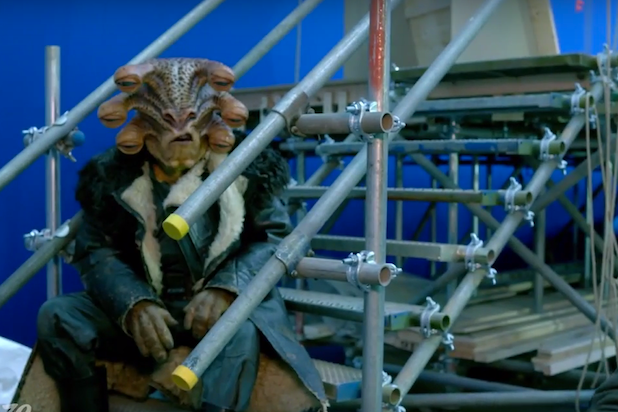 Disney has reached a new long-term deal with Pinewood Studios to continue using the entirety of their Buckinghamshire studio space, a person with knowledge of the deal confirmed to TheWrap. The deal is reported to last through 2029.

Pinewood has been a major partner in Disney’s rise to blockbuster domination. Much of the studio filming for Disney’s “Star Wars” films — including their upcoming film “The Rise of Skywalker” — took place at the British backlot located 20 miles from Central London. Other Disney films shot there include last year’s “Mary Poppins Returns” and Marvel films like “Avengers: Age of Ultron.”

“Paddington 2,” “Jurassic World: Fallen Kingdom” and “Rocketman” were also shot on the main lot. In addition, Pinewood has provided filming space in Shepperton — where Netflix recently signed a long-term shooting deal — as well as lots in Wales, Dominican Republic, Toronto and Atlanta, the last of which has served as the filming location for Marvel Studios hits like “Black Panther” and “Avengers: Endgame.”

Disney declined to comment on the deal, which was first reported by Deadline.