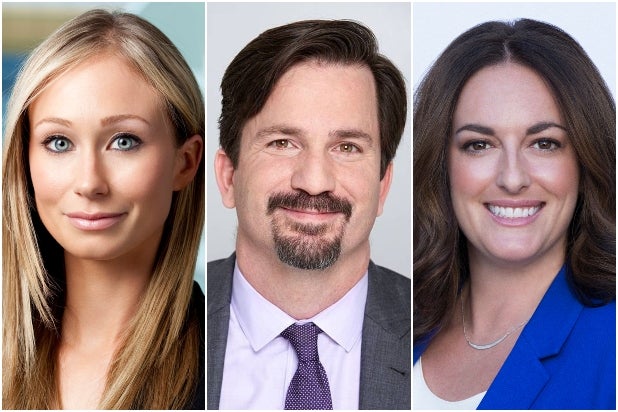 Also Read: Yes, Disney Is Making 2 'Little Mermaid' Projects - What We Know About Each

“With the volume of programming we are producing and as my responsibilities have expanded, it became clear that we needed seasoned casting executives leading our efforts at each studio,” Klein said. “Stephanie was the first person I thought of to take on a leadership role in this new casting structure. She’s a fantastic executive with superb taste, poise and judgement and has earned the respect and admiration of everyone from showrunners to agents to executives.”

“I’ve known Jonathan since his days in NY as an agent, and he brings a lot of the skills from his former career to this role, from deal making to talent relations. He has done great work for ABC for the past three years for both network and studio, so he was the perfect choice for this new studio role,” she continued. “Lindsey is another protégé of mine who has been the point person for Fox 21 for several years and was more than ready for this additional responsibility. She commands respect and has a great eye for not just marquis talent but for the actor coming up who is poised to break out.”

Bluman was previously vice president of talent and casting for the ABC Entertainment/ABC Studios’ casting department, where he worked on ABC’s “The Rookie,” Hulu’s “Dollface” and Amazon’s “The Wilds.”

Kasabian was vice president of Fox 21 TV and was the primary casting executive on Showtime’s “Homeland.” She also covers Nat Geo’s “Genius” and “The Hot Zone” starring Julianna Margulies, oversaw the casting of FX’s “Fosse/Verdon” and “Pose.” She is currently working on FX’s “The Old Man” with Jeff Bridges, John Lithgow and Amy Brenneman.

Or, all the ways Perry redefined cool

The late Luke Perry will be honored on the Season 4 premiere of "Riverdale" this Wednesday, which is a tribute episode to the actor who died in March at the age of 52 following a stroke. The episode, titled "In Memoriam" deals with the passing of Perry's character Fred Andrews, Archie's (KJ Apa)  father, on The CW drama. But as beloved as Fred is in Riverdale, the part is far from the only memorable one Perry played during his career. In honor of the tribute episode, TheWrap has rounded up eight of Perry's most iconic roles, from "Beverly Hills, 90210" to HBO's "Oz."