Disney will spend around $8 billion more on content next year. In its annual report filed with the SEC on Wednesday, Disney said it would spend around $33 billion on content over its next fiscal year, which began on Oct. 1.

The increased budget is largely due to Disney’s increased investment in streaming, as well as higher fees for sports rights, including its new NHL deal and upcoming renewed NFL agreement, which starts in 2023. “The increase is driven by higher spend to support our DTC expansion and generally assumes no significant disruptions to production due to COVID-19,” the company wrote. 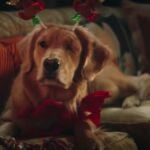 In the report, Disney also detailed its output for the next year: Disney’s Studios division plans to release 50 titles, covering both theatrical releases and direct-to-streaming, while its General Entertainment division plans to produce or commission 60 unscripted series, 30 comedy series, 25 drama series, 15 docuseries/limited series, 10 animated series and 5 made for TV movies.