A jury has been seated in the Celador International vs. Disney case, opening the way for Ben Silverman, former NBC/Universal co-chair, to testify as early as Thursday.

Opening statements were expected to begin Wednesday after the four-woman, five-man jury was sworn in Tuesday afternoon at the federal court in Riverside.

Silverman was instrumental at William Morris in the now-disputed contract between Celador and Disney to bring "Who Wants To Be a Millionaire" to American TV in 1999. He initially filed a motion to try to avoid appearing, but has apparently since relented upon a schedule more fitting to his own.

Silverman will take the stand after opening statements from both sides and testimony from Celador co-founder Paul Smith, scheduled to be concluded by June 2 or early on June 3. 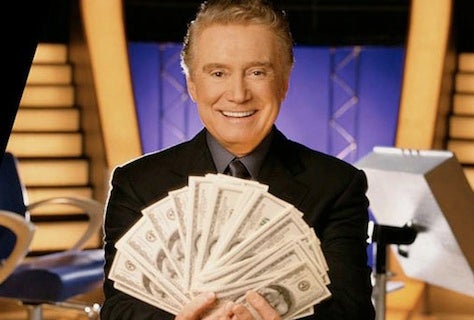 “A dispute over a contract.”

That’s how Judge Virginia Phillips on Tuesday described the $270 million lawsuit of Celador International, creators of “Who Wants to Be a Millionaire,” who are accusing Walt Disney/ABC, Buena Vista Television and Valleycrest Productions of hiding profits from the show.

Oversimplified, perhaps. Especially given that most of Tuesday morning’s arguments in federal court were all about just what a contract is – and when negotiating stops.

After a long morning of administrative arrangements, scheduling issues and jury screening, Roman Silberfeld delivered a mini-opening statement for Celador; as did Marty Katz for Disney.

It took Celador six years to get their day in court – U.S. District Court in Riverside to be specific – and they weren’t about to waste one ounce of ammunition against Disney over what was once the most successful show on TV.

Celador alleges that its intricate contact with Disney allowed the corporate giant to deprive them of millions in revenue with shell game arrangements and deflated payments when the show, which it originally aired in 1998 in the UK, was brought to the United States in 1999 with Regis Philbin as host.

Disney’s lead defense attorney, Marty Katz, accused Celador, who have licensed “Millionaire” in over 100 countries worldwide, of “pointing the finger” because they wanted more from the contract that they negotiated with Disney, ABC, BVT and Valleycrest. Katz, who had been rather stern and quiet throughout most of the morning, dramatically informed potential jurors that Celador couldn’t accept that in every business deal “you get some things and lose some things.”

He then took a swipe at his opponents by adding that after five months of initial negotiation and “with the ink barely dry” on the contract, Celador wanted to reopen the document to which they had just agreed. The lawyer claimed Celador blamed and threatened to sue William Morris, their agency at the time, and then Disney/ABC because they wanted better terms.

“The case,” Katz concluded just before the Judge called a break for lunch, “begins and ends with Exhibit A, the document.”

With Celador co-founder Paul Smith, who has been called as a witness, sitting in the spectator seats, Roman Silberfeld also raised the issue of merchandising as a specific example of how Celador was ripped off. The Lawyer claimed Disney, through its complex accounting methods, didn’t properly compensate the company for products such as the popular “Who Wants To Be a Millionaire” computer game.

In his brief statement, Katz countered the claim by noting that Celador, who hadn’t been asked to contribute to any of the costs of developing the game, received over $5 million from it.

Full opening statements were expected from both sides Tuesday if jury selection was completed.

The trial is scheduled to run about three weeks, with the defense initially requesting four weeks, Judge Phillips has set June 29 as the date she wants to see all evidence in the trial wrapped up and jury deliberations to begin. That means things aren’t likely to wrap up until well into July.