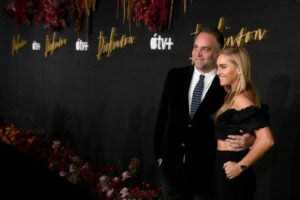 Disney's cast members and stage actors at the company's theme parks, particularly Disney World in Orlando, are pushing back against plans to reopen next month as the coronavirus pandemic has shown signs of surging in California and Florida.

One of the chief concerns of the actors for Disney World stage performances in Orlando is that Disney has no plans to test cast members and employees for COVID-19 or offer to test.

Late last week, the Actor's Equity Association -- the U.S. labor union representing about 800 professional actors at Disney World -- condemned the Orlando theme park's decision to move forward with its reopening after the company put the kibosh on plans to reopen its Disneyland theme park in California. (California Gov. Gavin Newsom and Los Angeles Mayor Eric Garcetti on Monday retreated from previous plans to reopen movie theaters, concert venues and theme parks in the state and city, and called for the re-closing of bars.)

The union particularly objects to the absence of clear COVID-19 testing protocols for performers and other park employees -- especially those expected to perform on stages without masks. "It is unclear how Walt Disney World can responsibly move toward reopening when coronavirus cases are much worse in Florida," Mary McColl, executive director of Actors' Equity Association, said in a statement. "For weeks, we have made it clear to Disney that testing is a fundamental part of maintaining a safe and healthy environment for everyone, from the guests to the cast. It is deeply disturbing that while coronavirus cases in Florida surge, Disney is refusing to provide regular testing to one of the few groups of workers in the park who by the very nature of their jobs, cannot use personal protective equipment."

"Now is the time for Disney to pause, focus on the science and put the safety of their actors and stage managers first by making regular testing available," she continued.

A representative for Disney did not immediately return TheWrap's request for comment.

Despite a recent surge in new cases and hospitalizations in Florida, Gov. Ron DeSantis said last week that he would not roll back or halt plans for Disney World to begin its phased reopening plan. Under the plan, the Magic Kingdom and the Animal Kingdom would open on July 11, followed by Epcot and Hollywood Studios on July 15.

Disney's California and Orlando theme parks have been closed since March 14, and as a result, Disney's parks business took a roughly $1 billion hit to operating income during its most recent quarter.

Shanghai Disneyland reopened to the public last month after shutting its doors for roughly three months, with several new policies in place to enforce social distancing and visitor cleanliness.

Disney World is planning to implement similar protocols for guests and employees (called "cast members" in Disney-speak even if they are not onstage performers), requiring them to wear face masks, submit to temperature screenings before entering -- in addition to at-home temperature checks -- and obey physical distancing guidelines. Disney would also temporarily cancel all parades, firework shows, character greetings and kids play areas.

They also called for a contact tracing team for the Disneyland resort, additional paid sick leave and rules requiring any worker "found to have come into contact with a coworker who tests positive for COVID-19 be immediately placed on a paid fourteen day sick leave to proactively isolate."

"Every single one of us has people in our lives who depend on us, who we are counting down the days until we can see again, who dance through our thoughts in our idle moments," Carranza-Vick wrote. "We ask our new hires to think of the people for whom they are safe for the same reason we remind them that every cast member is responsible for the safety and well being of everyone who steps through our park gates, whether guest or fellow cast member."

Even Disney's commitment to requiring all guests to wear masks has come into question. The idea of wearing a mask in public places, which some states require and the CDC strongly recommends, has become a politically polarizing debate in the U.S. despite experts saying it significantly reduces the risk of spreading the virus.

In an interview with the Gizmodo website i09, one Disney park staffer attributed Shanghai Disney's successful reopening to cultural differences. "They're in a country with a very different culture... where people wear masks regularly," the worker told io9. "I just don't see it working the same way for us."

How many will be sung on "Disney Singalong"?