A self-described “Christian and conservative Republican” Disney fan was roasted on social media for arguing in a Friday op-ed for the Orlando Sentinel that changes to Disney World’s Splash Mountain, Jungle Cruise and Pirates of the Caribbean rides were ruining his experience at the theme park for the sake of “political correctness.”

In his piece, Jonathan VanBoskerck said Disney was taking the “woke scalpel” to Jungle Cruise by removing Trader Sam, an animatronic salesman who appears at the end of the ride to exchange human heads and plays into racist stereotypes of Indigenous peoples. But VanBoskerck said Trader Sam was a “funny and silly caricature” and “no more based in racism than every Disney caricature of an out-of-touch white American dad.”

“The next time I ride Jungle Cruise I will not be thinking about the gloriously entertaining puns of the skippers, I will be thinking about Disney’s political agenda,” VanBoskerck wrote. “That’s a mood killer.” 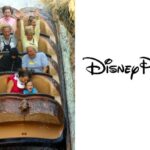 He also took issue with Disney’s decision to remove a scene in the Pirates of the Caribbean ride that showed women being auctioned off as brides, and to change Splash Mountain, which was originally inspired by the 1946 film “Song of the South” that depicts the enslavement of Black people as idyllic. That ride is being revamped and will now be based on “The Princess and the Frog.”

“The parks are less fun because immersion and thus the joy is taking a back seat to politics,” VanBoskerck argued. “Disney, please return to the values and vision of Walt. The customer experience should be the core of your business model. Immersion should not be sacrificed on the altar of political correctness and appeasing the Twitter mob.”

Needless to say, users on social media — including Florida Rep. Val Demings — were not pleased with VanBoskerck’s intolerance.

“I have the privilege of having Disney World in my district along with other world-class attractions,” Demings tweeted. “I am proud to represent a community that is welcoming, tolerant, and always evolving to offer the best possible experience.”

“If removing the tied-up-bride auction from Pirates of the Caribbean and the racist ‘natives’ from Jungle Cruise ruins your ‘immersive’ fantasy — GOOD. Your fantasy is gross,” novelist Tessa Dare tweeted in response to the op-ed. “You don’t deserve the back side of water.”

“If EVER something demanded a TikTok video response from @ScottSeiss, this is it,” comedian Patton Oswalt tweeted, referring to a comedian whose TikTok videos roasting customer complaints have gone viral. (Seiss delivered.)

Take a look at more of the responses to the op-ed below: