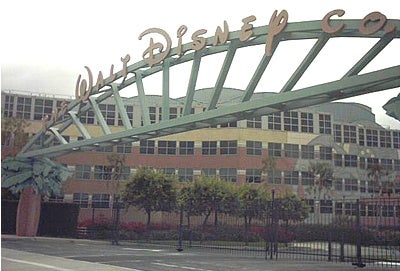 An environmental lawsuit against Walt Disney’s 50-acre Burbank film and TV production facility that has been quietly winding through federal court may soon be getting more attention — and not just for its "Erin Brockovich" connections.

At the heart of the controversy is the alleged half-century of dumping by Disney of polluted air-conditioning water into storm drains surrounding its studio complex at 500 Buena Vista St. – affecting nearby homes, the Burbank Equestrian Center, Johnny Carson and Polliwog parks, and parts of Griffith Park.

The August 2009 federal lawsuit, filed by Environmental World Watch and several individuals who live near the Disney studios, alleges the discharge contained excessive levels of the carcinogens Trichloroethylene (TCE) and Tetrachloroethylene (PCE), as well as hexavalent chromium, more familiarly known to viewers of “Erin Brockovich” as Chromium 6.

“The allegations are completely baseless,” Jonathan Friedland, a Disney spokesman, told The Wrap. Friedland denied that the company ever used Chromium 6.

A year after Disney opened its studio complex in 1939, the state-of-the-art facility boasted the then-uncommon luxury of air-conditioning. Supporters of the lawsuit who requested anonymity claim that while the air-conditioning system’s cooling water — which was flushed through storm drains and into the L.A. River — wasn’t toxic, various chemicals that were added to prevent scaling and rusting of its delivery-pipe system were. By the early 1990s the carcinogens were no longer being added to the water, and the coolant was no longer being flushed into the street.

However, the suit’s plaintiffs claim, residual amounts of the pollutants continue to be discharged through old contaminated pipes, even though Disney has no permits for such discharging, a violation of the Clean Water and Resource Conservation and Recovery acts.

According to a source familiar with the case who requested anonymity, the presence of TCE, PCE and Chromium 6 groundwater plumes only became known as a result of the construction of the nearby 134 Freeway, which was finished in 1971. As a result of this discovery, Disney laid a 16-inch pipe into which it now pumps the spent coolant underneath the studio lot into a catch basin. Lawyers for the plaintiffs are seeking to learn if it continues to end up in the L.A. River.

The lawsuit could prove to be a major annoyance for Disney. A source familiar with the investigation told The Wrap that prior to 1991 Disney could have claimed ignorance and gotten off with a relatively small cleanup fee — but that was before the company learned of the problems, thanks to data from monitoring wells it set up on its Buena Vista site in the early 1990s.

The lawsuit asks not only that Disney cease the discharge, but that it pay civil penalties on a per-violation/per-day basis – a potential headache, although even if it loses in court or settles before trial, it’s not certain how much Disney would actually wind up being on the hook for.

Documents show that the plaintiffs are not seeking a jury trial, but a bench decision in Los Angeles from U.S. District Court Judge Dean Pregerson. John Parker, a Sacramento lawyer for the plaintiffs, says that while the trial is not expected to start before September, 2011, the phase of seeking discovery evidence is about to begin.

Last October the Disney Company asked Pregerson to dismiss the suit, but was unsuccessful. The suit is being spearheaded by the Sacramento law firm Kershaw Cutter & Ratinoff, and has been joined by L.A. firm Girardi & Keese, which figured in the Erin Brockovich case against utility PG&E.