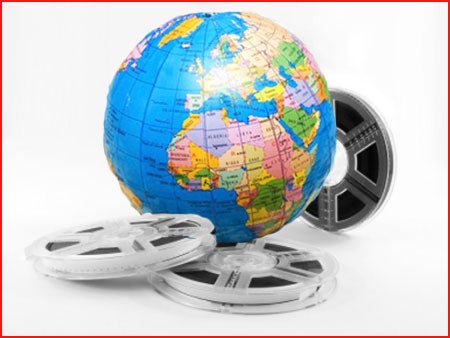 This is one of the more challenging markets to access for independent films. If your movie has a recognizable cast, getting onto the premium cable channels (HBO, Showtime, Starz) is doable. If you don’t have recognizable cast, do you have some amazing “pedigree” to your film?

Did you win an award at Sundance? Do you know Quentin Tarantino, and he’s agreed to put his name on your film as “Quentin Tarantino presents”? Did your film open theatrically in Manhattan and the New York Times raved about it?

Pedigree of this caliber can get your film or documentary considered for the premium cable channels. Similarly, if you had a theatrical run and earned respectable box-office numbers, that can help too.

When it comes to basic cable channels like Sundance or IFC, pedigree is still very important, but the barriers to getting a licensing deal are not as high as with the premium channels.

This is the newer kid on the block, and while the revenues earned are smaller than other markets, they’re growing. As little as two or three years ago, filmmakers bemoaned earning enough to even pay their phone bill once a quarter through internet VOD. But today the revenues are better than that.

How much better depends upon the film, of course. Some low-budget films with no recognizable cast are now bringing in $10,000-$20,000 per year. While this certainly isn’t a big number annually, the “long tail” revenues over time can be significant.

Certainly there are numerous films only making $1,000 a year (or less), so you can’t count on the larger revenues noted above. Conversely, for those of you with names in your films, you should be able to do better than $10,000-$20,000 per year.

There are many factors that determine how well one can do with the online platforms: Cast, genre, pedigree, poster artwork, existing fan base, social media efforts and so forth. But there is one overriding factor for online performance: the platforms your film is available on.

For those of you aware of this market for some time, you’ll recall a number of online sites a few years ago that variously received major buzz and press, and were deemed the next great revenue generator for filmmakers. As noted earlier, one can largely skip these sites today.

Why? They simply do not have the inherent traffic of the major platforms. You’ll unlikely make much money on the smaller sites, unfortunately.

Right now there are a dozen major platforms you need to be on — or try for — when you start exploiting this market, such as iTunes, Amazon, Vudu, Xbox, etc.  These sites have the traffic, the eyeballs, to see what you have and potentially buy a viewing of your film or a digital copy to own.

Once your film is online, if you can spend the time to work this market, and drive traffic to wherever your film is, you can greatly increase your revenues. The importance of doing social-media work (and advertising) to increase your sales cannot be understated. However, most filmmakers don’t want to do a ton of this, or certainly don’t want to spend years doing it. Consequently, this is all the more reason to be on the sites that have massive traffic already. And getting onto many of these platforms is not difficult.

For those of you ambitious enough to work the sales of your film online — and are willing to put in the daily time and energy to drive traffic to your film — then you should consider also utilizing one of the DIY platforms. (This should be in addition to the major platforms, not in place of them.)

With this approach, you can place an embeddable player on Facebook, on your website, wherever you want, and then drive traffic to your player. Your cut of these sales will be a larger percentage than you’ll get from the major platforms. But don’t skip the major platforms because of that.

This is another important market for selling your film. You want to get your movie or documentary sold into as many overseas territories as possible, for the maximum selling price you can achieve. Any recognizable cast helps tremendously, and the particular genre of your film is another important factor. For example, what we call “genre films” — horror, thriller, action-adventure — will do better internationally than dialogue-dependent dramas and comedies.

If your film doesn’t have any name or semi-name actors, sales can still be made, particularly if you’ve developed any pedigree for the film. The challenge for these “no-name” films is to make a deal with the most appropriate foreign sales company possible.

And here’s the truth: There are over 200 foreign sales companies (most are American companies based in Los Angeles), and they’re always in the hunt for pictures they can sell internationally.

Getting an offer from one of these companies is not brain surgery. But there’s a big difference between making a deal and having your film represented by one of these companies — and actually selling to foreign territories. The trick is to partner with the right company, meaning one with a track record of selling films like yours.

The other trick to successful foreign distribution? Negotiating a good contract. For example, most companies’ boilerplate contracts contain large “recoupable expenses” of $50,000 or $100,000 (or more). This means that before the company has spent a dime selling your film, you’re already in the red with them.

Unfortunately, these foreign sales companies will almost never spend this kind of money marketing your film to international buyers. Certainly not for movies without star power in the cast. Therefore, do not accept terms like these. Doing so is the kiss of death. Your film may indeed get seen around the world, but without any revenue back to you. (For more info about this, see one of the videos at my website.)

This is crucial to know: Contracts from all distributors and sales agents are all negotiable. Do not arbitrarily sign agreements without a good entertainment attorney — and one who knows distribution — reviewing them first. Furthermore, you should yourself understand every paragraph and clause in that contract.

And please don’t have your divorce attorney cousin in Iowa review the distribution contract for free as a favor. If you do that, you’re doomed. Entertainment law is a very specialized area, in the same way that environmental law or personal injury is specialized.

So these are the major markets for your movie or documentary in brief. They are not as closed or as hard to access as most producers and directors think. While distribution appears complicated, when you understand how to access the markets and the opportunities available to you, navigating it is not any harder than the actual making of your film.

In fact, if making your film was hell, distribution may very well be easier if you take a few days to learn this game, and employ a “Film Distribution 3.0” approach.

Half the battle to getting your film into the marketplace successfully is having the correct knowledge. The other half? The willingness to embrace the business of film. Of course, very few people become filmmakers for this “boring” business side; most enter this arena to be creative.

Ultimately, however, to sustain yourself as a producer or director, ignoring this crucial part of filmmaking — or leaving business matters and decisions solely in the hands of others — is not a recipe for a successful, lifelong career. 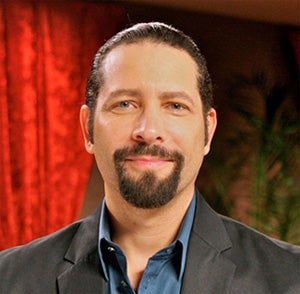