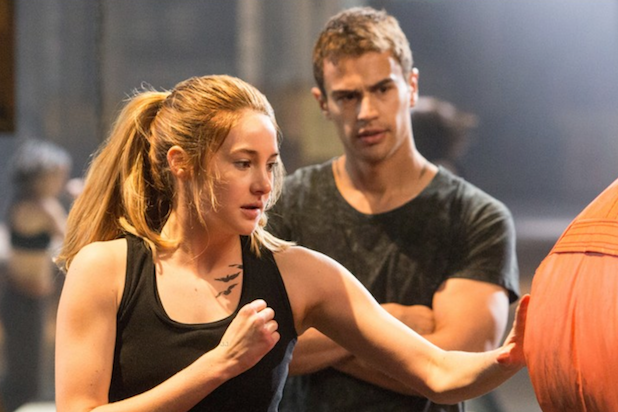 Like every other YA franchise, “Divergent” will be divided into a two-part finale.

Lionsgate announced on Friday that the finale chapter of the big screen adaptation of the Veronica Roth-penned trilogy will be released in two parts: “Allegiant – Part 1” will hit theaters on March 18, 2016 and “Allegiant – Part 2” will follow on March 24, 2017.

After a $54 million domestic opening weekend last month, the first of the Shailene Woodley-led franchise has made $116 million in the US and $139 million worldwide.

This is just the latest teen-driven book adaptation series to get squeezed for another trip to the box office. Warner Bros. pioneered the move by splitting the “Harry Potter” franchise finale, “Harry Potter and the Deathly Hallows,” into two parts, grossing $960 million worldwide for the first and $1.3 billion for the second.

Lionsgate, meanwhile, has made a mint off the maneuver; they pulled the trick with “Twilight,” earning $712 million and $829 million, respectively, for the divided chapters of “Breaking Dawn,” and they’re also planning to do the same with the last “Hunger Games” book, “Mockingjay.”