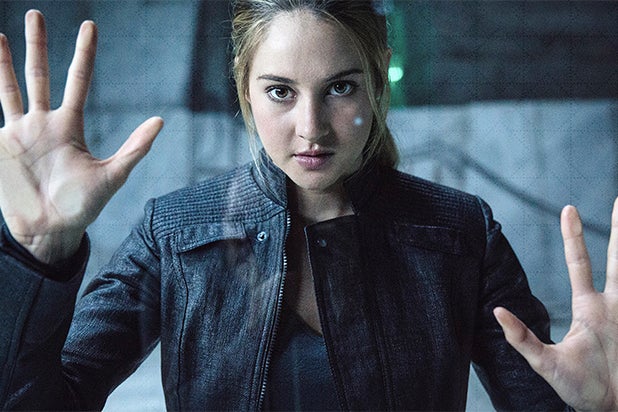 Lionsgate is moving forward towards the conclusion of its newest YA franchise, “Divergent,” and has hired Noah Oppenheim to adapt the final book in the Veronica Roth trilogy, “Allegiant,” an individual familiar with the project tells TheWrap.

The book will actually be split into two films, following in the footsteps of “Harry Potter,” “Twilight” and “The Hunger Games,” but thus far Oppenheim is only signed on to write the first part.

Shailene Woodley stars in the franchise as Tris Prior, a teenager living in a futuristic dystopian Chicago who discovers she’s “divergent” — someone who doesn’t fit into any one of her society’s rigidly segregated factions, which are all based on character traits.

Theo James and Kate Winslet also star, along with Miles Teller, Zoe Kravitz and Ansel Elgort. The cast and crew are currently filming the second installment, “Insurgent,” under the direction of Robert Schwetke in Atlanta. Newcomers include Naomi Watts, Octavia Spencer and Daniel Dae Kim.

Oppenheim most recently adapted “The Maze Runner,” another potential YA franchise, which comes out in September.