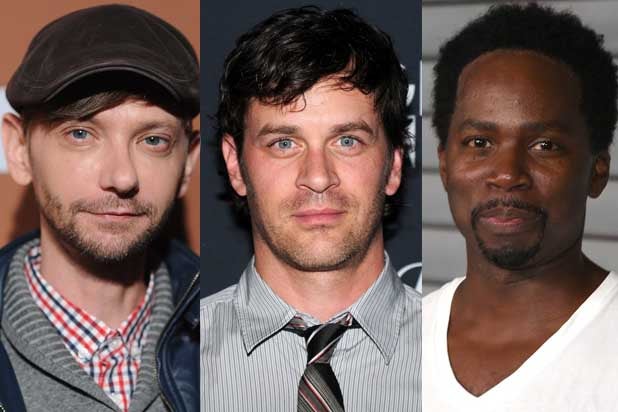 Harold Perrineau, Tom Everett Scott and DJ Qualls have been announced as key cast members in SyFy’s ensemble zombie series, “Z Nation,” which will debut a 13-episode season this fall.

Other stars in the action-horror show from The Asylum, the production company behind “Sharknado,” include Michael Welch (“Twilight”) and Kellita Smith (“The Bernie Mac Show”).

“Z Nation” takes place three years after a virus has turned the country into a zombie wasteland, and follows a team tasked with transporting the only known human to have resisted the virus to a lab in hopes of creating a vaccine. Although the antibodies he carries are the world’s last hope for survival, he hides a dark secret that threatens them all.

Perrineau will play Hammond, the leader of the group headed west; Scott portrays Garnett, Hammond’s second-in-command; and Qualls plays the role of Citizen Z, a computer hacker who joins the team and helps them navigate the zombie-infested terrain.  Welch and Smith are Mack and Addy, respectively, two disparate wanderers drawn to the team — and to each other — by a shared goal: survival.