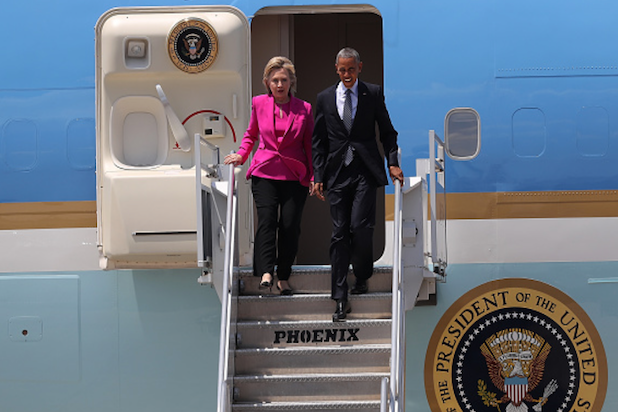 The Democratic National Convention kicks off in Philadelphia on Monday with a significant roster of political heavyweights scheduled to speak, including President Obama and former President Bill Clinton.

The Republican Convention was unable to secure former President George Bush or prominent GOP leaders including Mitt Romney, filling the void with a variety of celebrities, billionaires and sports figures. The DNC will not have a similar issue.

First lady Michelle Obama and Bernie Sanders are scheduled to speak on Monday. Tuesday night, Bill Clinton will be joined by Mothers of the Movement, which includes the mothers of black men and women who have been killed by gun violence or in police custody. The mothers of Eric Garner, Trayvon Martin and Michael Brown are scheduled to appear at the DNC.

President Obama and vice president Joe Biden will both speak on Wednesday, while Chelsea Clinton will speak on Thursday night before her mother accepts the Democratic nomination.

Additional speakers are expected to be added before the convention kicks off.