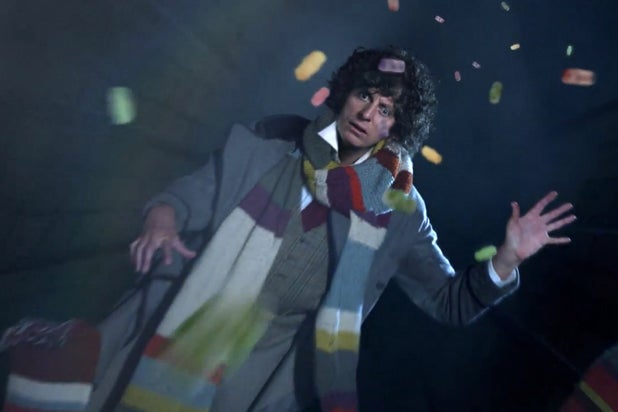 The new trailer for 50th anniversary “Doctor Who” special might be short on new footage (there is none), but it is a nice look back at the long-running British sci-fi series.

Eleven men have played the time lord so far, from William Hartnell to the current Matt Smith (who will soon be leaving the role for Peter Capaldi), and all get some time in the teaser — as do some of the more popular non-Doctor characters (Daleks, Sarah Jane Smith) and props (the sonic screwdriver, jelly babies, the TARDIS). Smith narrates the minute-long teaser, and he’s the only actor who shot any new footage for it. The rest were taken from stills or photographs from the show, animated by a little bit of BBC trickery.

Little is known about what — or who — we’ll see when the episode finally airs. Producers have been very careful not to let any spoilers leak so far. David Tennant, who played the Tenth Doctor, will return to the role, but the other Doctors will not, as far as we know, show up.

“The Day of the Doctor” will premiere on November 23 — exactly 50 years after the first episode lit up British TV sets.