The first female Doctor Who in the long-running British sci-fi series will get a brand-new look.

On Thursday, the BBC unveiled new star Jodie Whittaker’s costume as the beloved Time Lord in advance of an expected fall 2018 debut for the show’s 11th season (in the modern era). She will make her first appearance with a Christmas episode next month.

She also sports a large grey coat, with the same striped pattern on its edges.

Sharp-eyed fans will notice that the new Tardis — the vehicle that the Doctor uses to time-travel — is now missing the logo of St. John’s Ambulance that’s appeared on the right-hand door since 2010.

Check out Whittaker’s new look below. 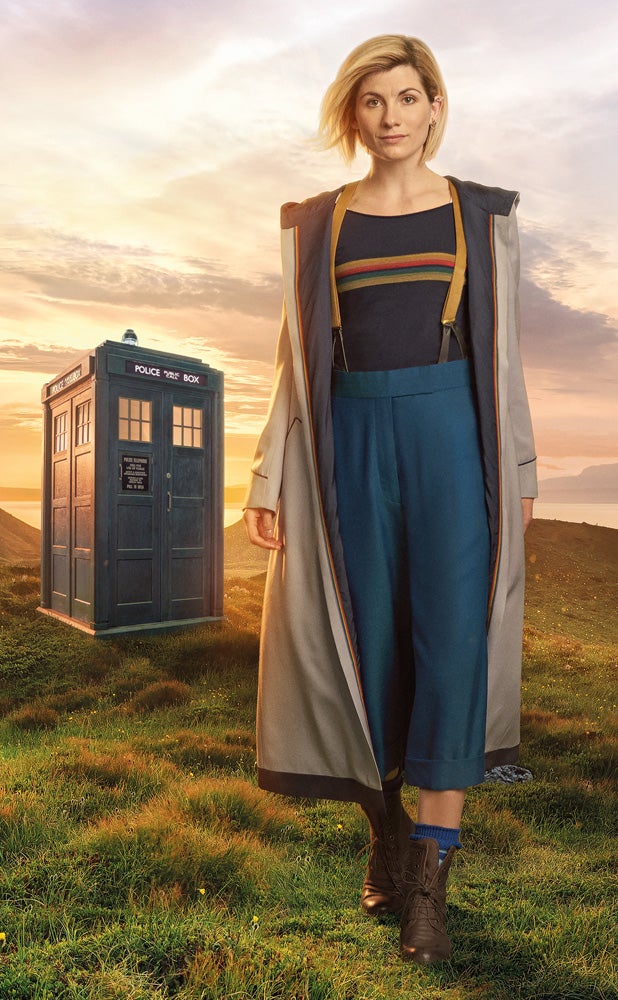 On the 2017 "Doctor Who" Christmas Special, Peter Capaldi set down his sonic screwdriver so Jodie Whittaker could become the 13th Time Lord in the beloved sci-fi series. Here are our picks of the best and worst farewells The Doctor has given.
View In Gallery
x
Looks like you're enjoying reading