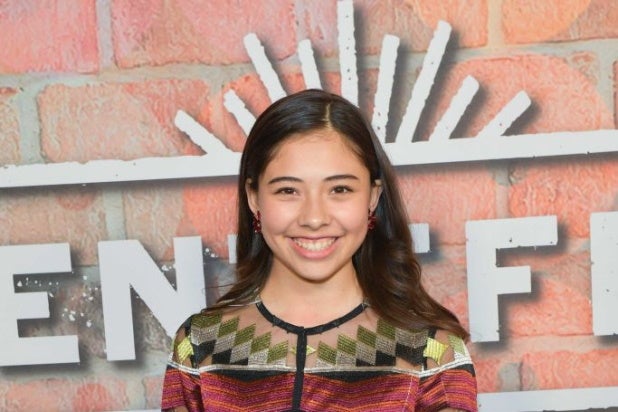 “The Baby-Sitters Club” star Xochitl Gomez has joined the cast of “Doctor Strange in the Multiverse of Madness,” according to an individual with knowledge of the project. Benedict Cumberbatch is set to return as the sorcerer supreme in the upcoming sequel and “Spider-Man” director Sami Raimi is set to direct.

Benedict Wong and Chiwetel Ejiofor are also expected to return as sorcerers Wong and Karl Mordo. Elizabeth Olsen is also reprising her role as Wanda Maximoff, aka the Scarlet Witch. Olsen’s upcoming Disney+ series “WandaVision” will premiere on the streamer in December.

Details of the film are still under wraps, but during the Marvel presentation at San Diego Comic-Con 2019, Marvel Studios boss Kevin Feige said the “Doctor Strange” sequel will be “the first scary MCU film.” But, Feige joked “It’s gonna be PG-13 and you’re going to like it!” Up-and-coming screenwriter Jade Bartlett wrote the latest draft of “Doctor Strange in the Multiverse of Madness” for Marvel Studios.

Scott Derrickson stepped down from directing the sequel earlier this year due to creative differences and will remain as an executive producer of the project. “Marvel Studios and Scott Derrickson have amicably parted ways on ‘Doctor Strange’ in the Multiverse of Madness due to creative differences,” Marvel said in a statement to TheWrap at the time. “Derrickson will stay on as an executive producer and we remain grateful to Scott for his contributions to the MCU.”

“Doctor Strange in the Multiverse of Madness” marks Gomez’s first role in a big studio tentpole after bagging of the leads in Netflix’s reboot of  “The Baby-Sitter’s Club.” Xochitl Gomez’s other credits include “Roped” and “Shadow Wolves.