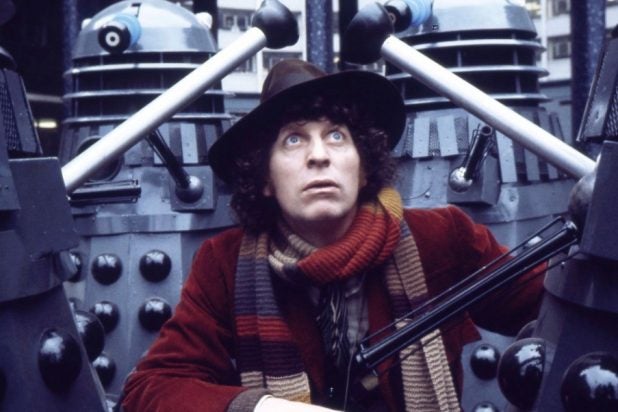 “Doctor Who” and “Antiques Road Show” are headed to Pluto TV, with each show getting its own channel, the Viacom-owned streaming TV service announced Monday.

The additions are part of a larger deal between Pluto TV and the BBC that brings more than 1,000 episodes of BBC original programming to the streaming service. Those episodes, which will be available beginning May 1, include “Being Erica,” “Bedlam,” “Primeval,” and “Robin Hood.”

The “Doctor Who,” channel will stream more than 200 episodes from the earlier seasons of the cult-classic series, which has featured 13 official Doctors.

“This new Pluto TV enterprise is appealing for us as we continue to attract new audiences through the creation of branded pop-up channels like Classic ‘Doctor Who’ and ‘Antiques Roadshow’ and expand on opportunities for existing fans to find their favorite shows to stream, in a unique way,” said Beth Clearfield, BBC Studios SVP of digital strategy and franchise business management.

“Pluto TV is elated to be able to expand our range of programming by adding such an esteemed and regarded brand as the BBC,” added Amy Kuessner, SVP of content partnerships. “The BBC has long been a key international entertainment leader known for captivating audiences with content that transcends time. We are incredibly proud and eager to introduce BBC Studio’s evergreen content to Pluto TV audiences.”

Launched in 2014, Pluto TV is a streaming service that offers video-on-demand and 24/7, linear channels that users can flip through (similar to traditional cable and satellite programming). In January, the streamer was acquired by Viacom in a deal valued at $340 million.