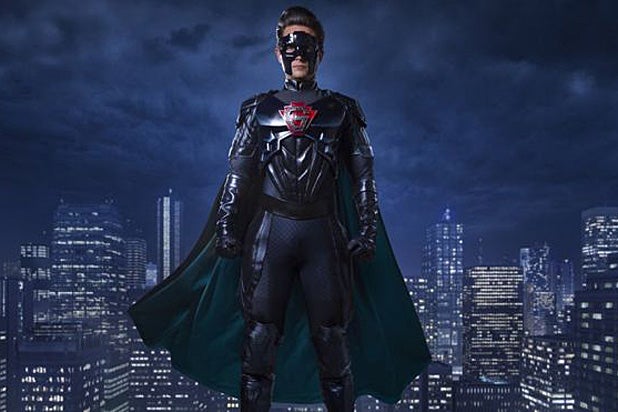 Is it Christmas yet?

“Doctor Who” fans got a teaser of what to expect on the best day of the year when a first look of the highly-anticipated holiday special premiered at New York Comic-Con on Friday.

The iconic Time Lord (played once again by Peter Capaldi) will have a new ally in the form of “Orphan Black” actor Justin Chatwin portraying Doctor Mysterio, a superhero who helps the Doctor save New York from a deadly alien threat.

Showrunner Steven Moffat told fans and reporters at the Comic-Con panel Friday why he was venturing into the world of superheroes for the annual Christmas special.

“I’ve always loved superheroes and this Christmas ‘Doctor Who’ dives into that world. My favourite superhero is Clark Kent. Not Superman, Clark Kent,” Moffat said, according to BBC.com, so he is more excited to delve into the character of Grant than Doctor Mysterio.

A new companion played by Pearl Mackie will also be introduced to viewers this season. The actress isn’t a familiar face to most U.S. fans — having starred on the West End in “The Curious Incident of the Dog in the Nighttime” and BBC’s daytime soap “Doctors” — but she soon will be.

Check out the first look at Doctor Mysterio above, and behind the scenes footage from the Christmas Special titled “The Return of Doctor Mysterio,” which will air on BBC America on Dec. 25, below.