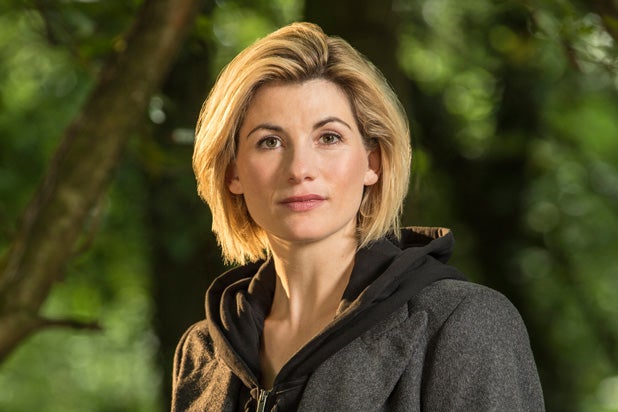 BBC announced three new cast members for the thirteenth season of “Doctor Who” and the first female Doctor, Jodie Whitaker, in 2018.

Bradley Walsh, Tosin Cole and Mandip Gill are joining the cast, playing Graham, Ryan and Yasmin, respectively. Details about their characters are still being kept close to the vest.

Also Read: 'Doctor Who' Spinoff 'Class' Canceled After One Semester

Walsh is best known for playing London Police Sgt. Ronnie Brooks from 2009-14 on “Law & Order: UK,” as well as the role of Danny Baldwin on “Coronation Street” from 2004-06. He also appeared on the “Doctor Who” spinoff, “The Sarah Jane Adventures,” on the episode “Day of the Clown.”

Cole appeared in “Star Wars: The Force Awakens” as Lieutenant Bastian, a Resistance pilot tasked with protecting Poe Dameron. He also appeared in 2011 on the British soap opera “Hollyoaks,” which Gill appeared on from 2012-15.

“The new Doctor is going to need new friends. We’re thrilled to welcome Mandip, Tosin and Bradley to the ‘Doctor Who’ family,” said Chris Chibnall, who will be taking over as “Doctor Who” showrunner next year. “They’re three of Britain’s brightest talents and we can’t wait to see them dive into brand new adventures with Jodie’s Doctor. Alongside them, we’re delighted that Sharon D. Clarke is also joining the show.”

“I remember watching William Hartnell as the first Doctor,” said Walsh. “Black and white made it very scary for a youngster like myself. I was petrified, but even though I’d watch most of it from behind the sofa through my fingers, I became a fan. I then queued up for ages to get into the Carlton picture house in Watford to watch the great Peter Cushing appear as the Doctor in a full-length feature film made in glorious color. Am I thrilled to be part of this whole ground breaking new dawn for the Doctor?? Oh yes!”

Whitaker will make her debut as the thirteenth Doctor at the end of this year’s “Doctor Who” Christmas special, which will be the final appearance for Peter Capaldi as the famous Time Lord. Whitaker’s first season will consist of ten episodes airing next fall, starting with a 60-minute season premiere.