Jodie Whittaker is nearing the end of her journey at the 13th Doctor, and the teaser for her final episode promises the return of some familiar faces to send her off.

The BBC (the show airs on BBC America in the U.S.) released the first look at Whittaker’s final episode, which also happens to be the feature-length Centenary Special, on Sunday. You can watch the teaser above.

“This is the day you die,” Sacha Dhawan’s Master tells Whittaker’s Doctor. While the clip gives away few details about the actual plot of the final episode, Master appears to be just one of several villains that the Doctor will face.

Daleks and even Cybermen are also on hand in the clip. Perhaps the biggest surprise is that two classic companions are back to help the Doctor face off against her foes. 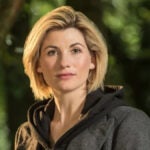 Also Read:
Jodie Whittaker Wraps as 13th ‘Doctor Who': ‘It Was a Wonderfully-Celebratory-Slash-Grief-Ridden Day’

Tegan (Janet Fielding) and Ace (Sophie Aldred) both show their faces in the new clip. “Doctor Who” fans will remember Tegan as a sidekick to the 4th and 5th incarnations of the Doctor, while Sophie was the right hand woman to the 7th.

The upcoming special is still untitled, though the trailer promises its release in fall 2022.

It has yet to be revealed who the next Doctor will be.