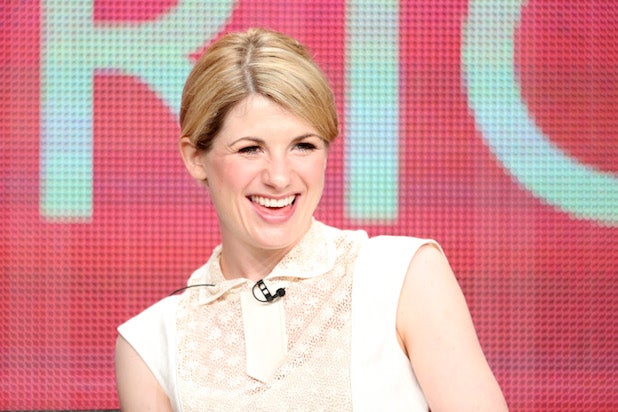 There is a new Time Lord in town and she’s getting everything that comes with that title — including the same salary as her “Doctor Who” predecessors.

Jodie Whittaker is the 13th actor to play the Doctor on the BBC America series, but the first woman to take on the part. Whittaker confirmed on Tuesday at the National Television Awards in London that she had not let her gender get in the way of her right to the same salary as the men who came before her.

“I don’t imagine you’re going to meet a woman this evening who is unenthusiastic about the prospect of equal pay,” Whittaker said to reporters who asked her if she had requested the same salary as Peter Capaldi (the previous Doctor), according to the Radio Times.

But she was taken aback they would even wonder.

Last July, the BBC — in a move toward transparency — released a report that showed in plain raw numbers gender disparity at the media empire. It was widely-reported that two-thirds of the BBC’s on-air talent raking in over 150,000 pounds were men. Not to mention the fact its top seven highest-earners were all men, too.

That month, BBC Director-General Tony Hall confirmed to the Evening Standard the BBC would be paying Whittaker the same as Capaldi.

The BBC and representatives for Whittaker did not immediately respond to TheWrap’s request for comment.

The first season of “Doctor Who” to star Whittaker as the 13th Time Lord will premiere later this year on BBC America.