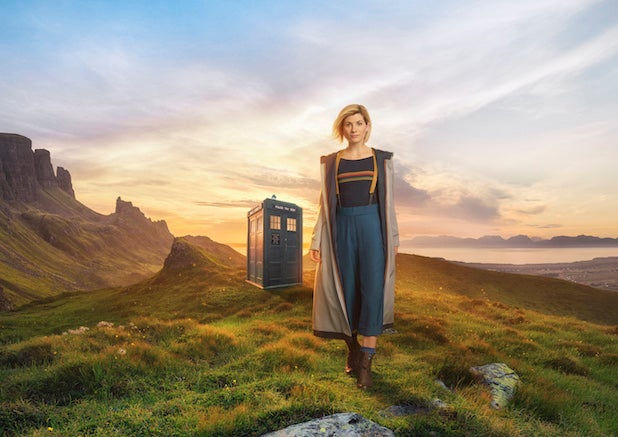 When Jodie Whittaker was cast as the first female Doctor on the longstanding sci-fi series “Doctor Who,” most saw her casting as breaking the glass ceiling on Time Lordship, but a few — including Peter Davison, who played the role from 1981 to 1984 — said they saw it as a “a loss of a role model for boys.”

Whittaker doesn’t see the problem, however.

“I’d be surprised by finding a boy who didn’t have a role model in their life that was female,” she told TheWrap in a recent interview.

“It’s someone’s opinion that boys can’t look up to women,” she said. “Role models and heroes come in all different shapes and sizes, and I’ve never needed to look like mine for me to be able to relate to them.”

As fans know, the Doctor is a Time Lord from Gallifrey who travels through time and space to defend the universe.

“Essentially, it’s not a gender — the Doctor is a Time Lord, an alien with two hearts,” Whittaker said. “Those things don’t change. The body changes, and the body change between [Christopher Eccleston], David [Tennant] and Matt [Smith] and Peter [Capaldi] — obviously it’s the [same] gender but it’s a very different form that the doctor’s regenerated into, and I am an extension of that change. But not a diversion from it.”

Whittaker said she’s excited to give the Doctor a new point of view and a new body.

“For me, to play this role like somebody else has played it would defeat the object of being cast,” she said. “It didn’t require me to physically take on someone else’s performance because the traits of the doctor that carry the doctor throughout the 55 year history of the show are in the writing, and as long as I was being truthful to the writing, then I was honoring those traits.”

“Doctor Who” premieres on BBC America on Sunday, Oct. 7.